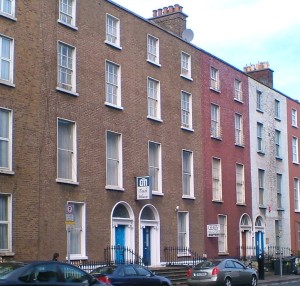 President Michael D Higgins paid tribute to Sr Consilio Fitzgerald, the inspirational founder of Cuan Mhuire, as he formally launched the ‘Lumen Initiative’ and a newly refurbished Teach Mhuire on Gardiner Street in Dublin on Monday.

It is based on the belief that each human being is of eternal value. It now provides treatment for 3,000 persons annually. Since its formation in 1966 by Sr Consilio, Cuan Mhuire has treated over 75,000 people.

Up to 50% of its residents are homeless prior to coming to Cuan Mhuire and so very few can afford the full cost of treatment. Cuan Mhuire is therefore hugely dependent on the generosity of our supporters

The President said the ‘Lumen Initiative’ would shine a light of hope into the lives of some of our most vulnerable citizens at the margins.

In his address, President Higgins said one of the most basic deprivations a human being can suffer, or fear, is that of being homeless.

“At its very deepest level it can so often mean being denied the intimacy of familiar surroundings, of predictable friendships, of a sense of belonging that so many of our more fortunate citizens take for granted.”

Recalling his recent visit to Focus Ireland where he met some of those who have become homeless since the beginning of the year, the President said their stories were “difficult and sad, stories of people who had been let down by a society that had allowed housing need to become a commodity in a speculative market.”

He also referred to the finding in Merchants Quay Ireland Annual Report for 2013 which highlighted the importance of providing homes for those with an addiction who have successfully come through drug treatment programmes.

“Experience has shown that access to the private rental market is made very difficult, and indeed beyond the means of many of those who have worked so hard to overcome their addictions and who, in the absence of a suitable alternative, are at risk as they are left to return to their former environment on the streets or in hostels, where they do not feel safe, often with heart-breaking consequences,” President Higgins stated.

He continued, “Homelessness is rarely just about housing, but is inextricably linked to complex and challenging lifestyles or experiences, as all of those involved in this Lumen initiative will know.”

Acknowledging that there are many reasons why a person can become homeless, the President said equally there are many and far reaching effects that homelessness can have on the lives of people who find themselves in such a position.

“All of those who participate in the Cuan Mhuire treatment programme and who will take part in the Lumen initiative have their own individual stories to tell – of their successes and failures; their achievements and mistakes.”

He commended them for their courage, determination and commitment to re-engage with society; “a society that may sometimes have let you down in the past”.

The President underlined that there can be very few families in Ireland, and individuals perhaps, whose lives have not been touched by addiction in some form or other.

“The abuse of alcohol and other drugs, contributes to a wide range of health, social and behavioural problems across a wide spectrum of Irish society,” he said. 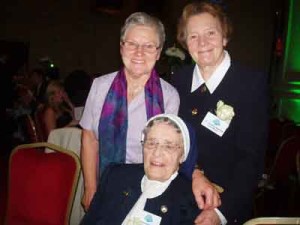 “As a society we owe a great debt of gratitude towards providers like Cuan Mhuire who so generously extend a lifeline of support, friendship and care to those living daily with addictions and other difficulties in their lives.”

“They play an important part in building self-esteem, self-confidence and self-belief in those who have struggled to remain connected to family, friends and the society in which they live.”

It is estimated that for every individual directly affected by addiction, at least eight other people’s lives are affected.

President Higgins noted that an addiction affects so many around the individual concerned, including partners, children, parents, grandparents, siblings, colleagues and friends – and all of these share in the success achieved through Cuan Mhuire’s treatment programme.

“There are many, many citizens around this country who remain eternally grateful to Cuan Mhuire; and to its dedicated team of staff – both professional and voluntary – who have reached out to them in their struggle to address addiction in their lives, and enabled them to break free, made such a transformation in their lives as well as allowed them to live creatively and realise their own unique path and endless possibilities.”

As an approved housing body, Cuan Mhuire “plays a key role” in delivering housing and related supports in the local community and is a valued partner with local authorities and other mainstream service providers.

The President said Monday’s launch was about celebrating a collaborative initiative, a partnership, led by Cuan Mhuire and supported by the Department of the Environment, Dublin Co Council and the Homeless Agency; as well as involving a network of other voluntary groups.

“It is an exemplary coming together of a range of expertise and resources from institutions and individuals with the shared purpose of providing the best possible facilities and support to those in need of assistance and, even more important, encouragement as they summon up the courage to begin a new chapter in their lives,” the President said.

At any one time Cuan Mhuire has 600 people in treatment through their nationwide centres in Bruree, Co Limerick; Farnanes, Co Cork; Athy, Co Kildare; Coolarne, Co Galway and Newry, Co Down.

Teach Mhuire, the first of Cuan Mhuire’s extensive network of temporary emergency accommodation was established in Dublin’s inner city in September 1995. It provides short term accommodation for 55 homeless males who have completed a drug, alcohol, or gambling programme and who are in early recovery.