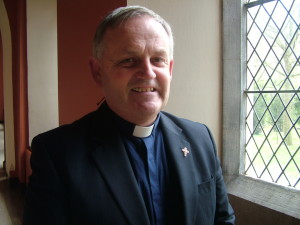 The vast majority of men studying for the priesthood in Maynooth are in their late 20s or early 30s, the president of the seminary, Mgr Hugh Connolly has said.

In an interview with NewsTalk’s Breakfast Show on Friday, Mgr Connolly acknowledged that the national seminary still got the occasional school-leaver studying for the priesthood but that this was rare.

He said the older age profile was a complete change to the profile of seminary applicants in the past.

Among this year’s cohort of 17 new seminarians, there were one or two who had left school quite recently.

“Most of them are coming from jobs and perhaps third level education as well. Some are leaving quite secure and quite upwardly mobile jobs to come and live on a corridor with other men who are discerning their vocation – so it is quite a choice to make for those people,” Mgr Connolly commented.

The oldest member of this year’s group is in his 50s.

“Increasingly today they are coming with some experience of what you might call engagement in a parish, so they already have had some experience with working with people or working with their parishes, working in voluntary situations – where they are caring for other people. That has been a nourishing factor for their vocation.”

Mgr Connolly observed that those dioceses that have done best in attracting new candidates are those that have found a way of reaching out to men in their mid-twenties or early thirties, reaching them through the parish or social media and getting them involved in volunteering.

The President of St Patrick’s College Maynooth admitted that celibacy is “a big ask”.

Speaking to NewsTalk, Mgr Connolly said he felt that in Ireland “we do have to push for a more cohesive approach to bringing in prospective student priests” because the numbers coming forward as candidates were “quite stark”.

“Yes it is lovely to have 17 new-comers in the house, and they create a great spirit in the seminary, but in the overall context of Ireland today, we do need more,” he acknowledged.