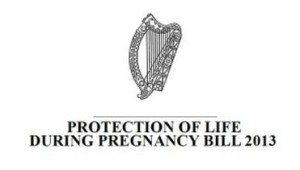 The Pro Life Campaign has pledged to devote its energies to the repeal of the contentious Protection of Life During Pregnancy law and has warned that it is currently considering how best way to bring this about.

The pro life group made its announcement following President Michael D Higgins’ statement on Tuesday that he had signed the Bill into law following his advisory meeting with the Council of State on Monday.

The 21 members of the Council of State, who included the Taoiseach Enda Kenny and Tanaiste Eamon Gilmore, are believed to have advised him not to refer the bill to the Supreme Court to test its constitutionality.

It is widely expected that the bill will be challenged in the courts by individual litigants backed by either pro life groups unhappy with its provision for suicidal ideation as a ground for abortion, or by pro choice groups who wish to see a more liberal abortion regime.

Responding to the President’s decision to sign off on the bill, the Pro Life Campaign said the passage into law of the Protection of Life During Pregnancy Bill was “a very sad day for our country.”

PLC spokeswoman, Caroline Simons, commented, “For the first time in our history, it is now legal to deliberately target the life of an innocent human being.”

She warned that the Pro Life Campaign would now devote its energies to the “repeal of this unjust law” and she added, “The passage of this bill into law marks a new beginning not an end for pro-life activism.”

Meanwhile, Archbishop Michael Neary of Tuam has warned that just because something is legal does not make it moral.

“Very often in the popular mind, there is a misconception that what is legal is moral,” but he added that abortion continued to be immoral even if it was legalised.