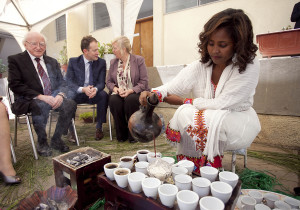 President Higgins on his official visit to Ethiopia, Malawi and South Africa

The most immediate challenge to the stability of the African continent is the Ebola crisis, President Michael D. Higgins said in his address to the UN Economic Commission for Africa in the Ethiopian capital, Addis Ababa, on Wednesday.

He said he was horrified by the tragic loss of life and, on behalf of the Irish people, he paid tribute to the “courageous” health workers, doctors and nurses, who are battling to contain the virus.

The President said we must do more.

“It is essential that every possible effort is put in place to get a grip with the virus before it threatens the prosperity that Africa has begun to enjoy over the last few decades,” he said.

“Ebola is a disease that thrives on poverty. Indeed, the conditions that facilitate the tragic spread of the disease are underpinned by poor health services, migration from rural areas that are unable to sustain the livelihoods of an expanding population, which in turn feeds anarchic urban development and overcrowded housing conditions in many quarters of Africa’s booming cities.”

He said it is now a moment to show solidarity, between Africans, and with Africa.

In a wide-ranging address, President Higgins discussed food security, climate change, relationships between Europe and Africa and economics in respect to human dignity. 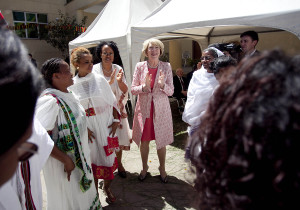 President Higgins travelled to Africa on 1 November on an official three-country visit to Ethiopia, Malawi and South Africa.

The President is accompanied by his wife, Sabina Higgins and various ministers for trade and food have joined the presidential party at different stages of the trip.

In advance of his trip, President Higgins said that Ireland’s relationship with Africa is an important area of our foreign policy and increasing in its significance because of global issues such as food security, ending poverty and the emerging discussion on new models of development.

“Over recent decades, our relationship with Africa has mainly centred on our development aid programme. This visit will recognise the immense contribution that Irish Aid, Irish aid agencies and workers and missionaries have made in Africa and will include visits to a range of aid projects in both Ethiopia and Malawi,” he said. 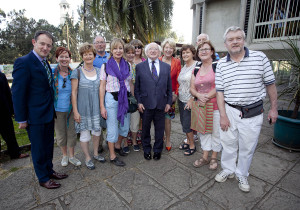 In Ethiopia, the President traveled to Gambella and met South Sudanese refugees in camps supported by Irish Aid and Irish development agencies including Goal and Concern.

In his initial speeches in Ethiopia, the President said Irish people have helped change the landscape and lives of Africa, and that the people and money of Ireland had had a “dramatic effect” on the country that lost up to one million people in the famine of 1984.

He also spoke of the work of Trócaire in helping some 24,000 females become self-sufficient through the organisation Women in Sustainable Employment (WISE).