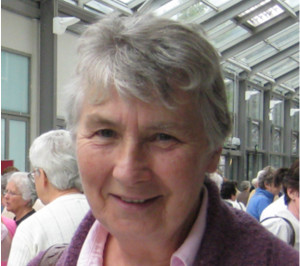 The Presentation Sisters have said they are in shock following the tragic drowning of two elderly nuns in a swimming accident on Thursday evening.

Sr Imelda Carew (67), a province leader of the Presentation order, and Sr Paula Buckley (70) drowned after getting into difficulty swimming in shallow waters at a popular Co Kerry beach.

A statement from the Union of Presentation Sisters on Friday explained that, “The Sisters were on holiday in Kerry and got into difficulties during an early evening swim at Inch Strand.”

The two nuns, who lived in Terenure and Clondalkin in Dublin, were taken from the water by the Valentia Coastguard at 7pm in a critical condition.

Despite desperate attempts by paramedics to revive them with CPR, they were later pronounced dead after being airlifted to Tralee Hospital in Co Kerry.

According to Tom Kennedy, deputy officer for Dingle Coastguard, the water conditions at Inch Strand at the time were “quite good for swimming”.

“There was no big surf and no reports of riptides or anything in the area,” he told RTE Radio on Friday morning.

Presentation Congregational Leader, Sr Mary Deane, said in a statement on Friday, “Words seem inadequate to express our loss and sorrow as we come to terms with the tragic events that unfolded on a beautiful sunny evening.”

She said the loss of the two nuns was tragic.

“These two wonderful women”, Sr Dean said, have been “a source of inspiration and blessing to many people throughout their lives.”

“Our thoughts and prayers are with the families, communities and friends of our beloved Sisters at this time.” 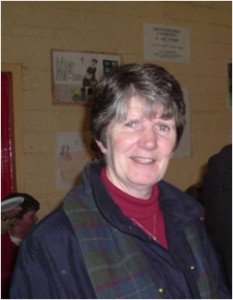 Both Sr Carew and Sr Buckley were members of the South East Province of the Presentation Sisters of the Blessed Virgin Mary, an order founded by Irishwoman, Venerable Nano Nagle (1718-1764).

Sr Paula Buckley was due to celebrate 50 years in religious life on Sunday 17 August and had plans to mark this event with family, Sisters and friends early in September.

In recent years she had been involved in prison ministry in Dublin. Before that she was a teacher and career guidance counsellor in secondary schools run by her order.

A native of Camas, near Cashel, Co Tipperary. She is survived by her sister Marie, brother in law, nephews and nieces.

She served on Leadership teams in the Province and also ministered for a number of years in the Nano Nagle Centre in Ballygriffin.

Sr Paula’s life will be celebrated at Requiem Mass in Cashel Parish Church at 12noon on Tuesday 19 August followed by burial in Ardmayle Cemetery.

Sr Imelda Carew, was a native of Kilmore near Dundrum, Co Tipperary. She is survived by a wide extended family including her sister, Sr Olivere, who is also a member of the Presentation community in Dungarvan.

For many years Sr Imelda was taught in Presentation schools in the South East Province and was very active in the justice ministry throughout Ireland and worldwide.

She was provincial leader of the South East Province in Ireland up to the time of her death.

Sr Imelda’s life will be celebrated by Requiem Mass at 3pm on Sunday 17 August in Mountmellick Parish Church followed by burial at Mountmellick Cemetery.