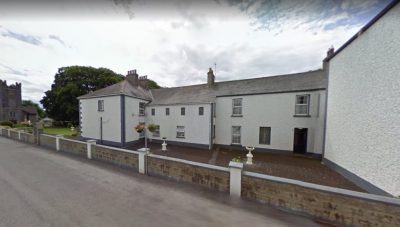 The Presentation convent in Killina, Co. Offaly, will close in August after more than 200 years. Sr Laura Boyle said that the drop in vocations is the reason for the closure.

“The world is very attractive for young people nowadays. They very much can have their own careers and get jobs, get third level education. That was not the case when sisters entered in my time,” she told the local radio Midlands 103 FM.

She added that most of the sisters in the convent, which is situated near Tullamore, are elderly, ranging in age from 70 to 90. Sister Áine taught Irish in Killina Presentation Secondary School until she retired last Christmas at the age of 95. She is one of seven nuns at the convent. Sr Oliver Wrafter is the longest living resident, having spent her entire religious life in Killina after joining the convent in 1941.

Each of the sisters had discussions with the Presentation Sisters leadership team before the decision to close was made. However, they will miss the local people and each other.

Just two years ago there were celebrations for the bicentenary of the convent, which was established in 1817 by two wealthy siblings, struck by the poverty of the local children. An organising committee helped prepare and edit a book for the celebration, titled 1817–1992 A Celebration of 175 years of Service and written by Sr Oliver Wrafter.

In the book Bishop Michael Smith wrote: “The real revolutionaries in Ireland were not those with the guns but the Presentation sisters and the other religious communities who, from the middle of the 19th century, opened schools in primary and secondary level all over Ireland.”

It all began on the feast of Our Lady of Mount Carmel, 16 July 1817, when Srs Mary Angela and Mary Teresa Biggar, two siblings, arrived in Killina. Within weeks, on 1 September, they opened their school to more than 100 pupils.

The small schoolhouse was already there, thanks to Maria O’Brien, daughter of a wealthy family and owner of nearby Rahan Lodge and its estate, who had set up a school for the poor children in the area and invited the sisters. The school was extended and provision was made for living accommodation for the Sisters. Maria O’Brien herself joined the Presentation Order and spent the last five years of her life, until her death in 1827, in the convent she had been involved in setting up.

The Sisters taught reading, writing and arithmetic, prepared the children for the Sacraments and looked after their spiritual formation. During th 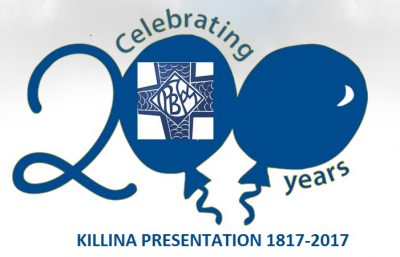 e Famine, they taught lace-making to the women of the parish to give them extra income.

A brand new primary school, incorporating a secondary top, was built in the 1960s. However, in the following decade the Sisters and the local community struggled to keep the senior cycle, because of government policy in the 1970s. The school was granted full secondary status in 1977.

The numbers attending the secondary school have grown steadily and the school includes a Resource Centre for students with a moderate general learning disability. The Presentation Girls National School and the local Boys National School amalgamated in 2009.