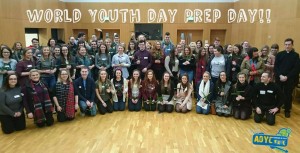 Several hundred young people from Ireland will attend World Youth Day in Poland this summer where they will be joined by Pope Francis from 27 to 31 July 2016.

Irish pilgrims will be in Poland from Monday 25 July to Monday 1 August 2016.

In the lead up, dioceses are holding preparation days for these young people.

Usually WYD is for young adults aged over 18 but this time teens aged sixteen and over, accompanied by adult youth leaders, will attend the event.

The group of 300 from the Archdiocese of Dublin will be the largest diocesan group, bringing young people on five separate flights to Poland. The Archdiocese has held three preparatory meetings so far, and two more are planned.

The Archdiocese of Armagh is bringing 100 young people to WYD and has already held three preparation meetings. Youth Director, Dermot Kelly told CatholicIreland.net that the days are going well and the group is “bonding well”.

“The biggest challenge will be to bring back the experience and life of WYD to our parishes and communities.  I’ve been to two or three of them. We talk about ‘bottling’ the experience to bring it home.”

Around 2.5 million young people are expected at WYD which runs from Tuesday 26 July until Sunday 31 July.

Events at the Krakow gathering include moments of catechesis, shows, reconciliation services, and its highlight, meetings with the Pope including an evening vigil (on Saturday 30 July) and concluding Mass on Sunday 31 July.

The theme of the 31st World Youth Day, chosen by the Holy Father, is “Blessed are the Merciful, for they will receive mercy” (Mt 5:7). 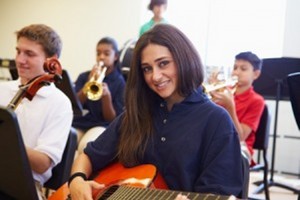 An opportunity for pilgrims from different dioceses to meet and work together in advance of WYD is being provided by Music Ministry Together which is holding a preparation weekend on Saturday April 30 and May 1 in Cistercian College, Roscrea.

The theme of the weekend is “Through the Eyes of Mercy”.

Although particularly focused on WYD preparation, with an emphasis on music, the gathering is open to all people involved in ministry “even if you are not travelling to WYD, however if you are travelling we have special workshops for you,” says the invitation.

The weekend costs  €110, which includes course materials, accommodation (in dorm type quarters) and all meals.

Day Rates are €40 per day and €20 for an overnight stay. The college has a limited number of single en-suite rooms available at an additional cost of €15. Those interested can book online at: http://musicministry.ie

“We will gather together as a community of  ministers with various sessions to teach and learn some music together which will be useful to parishes as well as during WYD,” says Ian Callanan Director of Music Ministry Together (MMT).

“There will also be plenty of interactive workshops exploring various topics relevant to ministry and to WYD.” 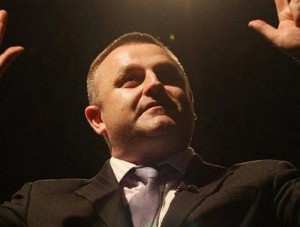 Mr Callanan, a leading composer of Liturgical Music is one of a team of three leading the weekend along with Cara Davey, cantor and liturgical composer, and guitarist Andrew Clayton.

As well as music workshops, the weekend will include catechesis lead by Bishop Donal McKeown (on Saturday) and Dom Richard Purcell on Sunday.

Ian Callanan told CatholicIreland.net that catechesis and music were not separate elements but fed into each other.

“Music ministry is integrated into what happens in liturgy, feeding into the liturgy of the word, Eucharistic prayer and so on.”