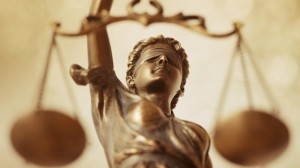 The legal advisers to the Northern Ireland Pro Life agency, Precious Life, have written to the Director of Public Prosecutions, asking for a review of a suspended jail sentence which was handed down to a Belfast woman who aborted a baby using pills purchased on the internet.

The case should be referred back to the Court of Appeal Precious Life has said.

The 21-year-old woman bought pills online to induce an abortion, took them and then miscarried in July 2014.

The case was heard in Belfast on Monday, where the defendant pleaded guilty to charges of procuring her own abortion by using a poison; and of supplying a poison with intent to procure a miscarriage.

Prior to sentencing, the Crown prosecutor told the court that on 20 July 2014, police were contacted by the woman’s housemates and were made aware that she had bought drugs online which had induced a miscarriage on 12th July 2014.

In his judgement, Judge David McFarland spoke of the difference in legislation surrounding abortion in Northern Ireland, compared to England, Scotland and Wales.

He said there were no guidelines or similar cases to compare this to and in his experience there have been no other prosecutions under this specific piece of legislation which had been substantially amended in England, Scotland and Wales but not in Northern Ireland.

He sentenced the woman to three months imprisonment, suspended for two years.

Speaking afterwards to the Belfast Telegraph, the housemates of the woman said they had been sharing a house in south Belfast.

The woman, who was 19 at the time, told them she was pregnant but could not afford to travel to the UK for an abortion.

Her 38-year-old housemate, who had suffered a miscarriage, offered to be legal guardian to the baby if she did not want to keep it.

On the 12 July, the woman took the pills and a few hours later came downstairs, carrying a plastic bag with the remains of the baby inside. Her housemate later saw the bag with the rubbish.

“When my other housemate came home on the Sunday we went and looked in the bag in the bin. There was the baby on a towel,” she told the Belfast Telegraph.

She said she could not get the image out of her head and on bin collection day could not bring herself to put the bin out for collection. She and the other housemate were upset at the teen’s casual attitude.

“It was as if she was getting rid of a piece of clothing,” she said, and they decided to contact the police.

Since then the two women have vilified by social media.

“It is just insane the way we are being portrayed as being the bad ones in this. The abuse we are getting is just awful. This isn’t a debate about the rights and wrongs of abortion. The way this was done was wrong. The baby had hands, feet, all its facial features, its little nose. I can’t stop thinking that it might have been alive when it was born. It is awful,” she said.

Precious Life is now challenging the court decision. Acknowledging that many are “struggling to understand” why they are taking this step, the agency said that offences under Section 58 and 59 of the Offences against the Person Act carry prison sentences ranging from life, (s 58) to 5 years (s 59).

The core purpose of the sections is “the protection of unborn children,” says Precious Life.

Agreeing the woman was “taken advantage of” by “anonymous predators” who hide behind sites advertising illegal abortion pills, they said they were “also thinking about that little baby who lost his life and was thrown into a bin like a piece of rubbish”.

“We are simply doing what others may be too ashamed or too afraid to do. We are seeing it for what it is and calling it what it is: a crime.”

“By passing such a lenient sentence we believe that Judge McFarland undermined the Offences Against the Person Act 1861 and undermined the seriousness of the crime of killing an unborn child. We are asking for this case to be reviewed because we fear that this judgment will set a dangerous precedent for future cases of illegal abortions in Northern Ireland.”

“It is not about wanting to punish the young woman, but to honour the law and the protection of every human life.”