Home > Featured > Prayers for mothers – and fathers – on Mothering Sunday

Prayers for mothers – and fathers – on Mothering Sunday 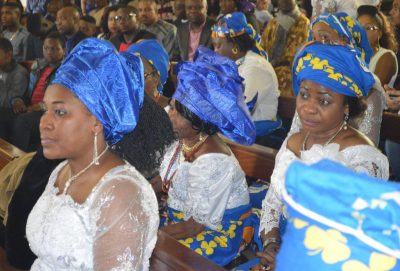 Generation after generation of Christian mothers have played a vital role in caring for their children and in passing on faith in Jesus Christ, said Archbishop Diarmuid Martin in a Mothering Sunday Mass celebrated yesterday in Swords with members of Dublin’s African community.

Archbishop Martin said many Christian mothers have suffered in their witness to the love of Jesus.

“At times, they have experienced the ingratitude of their children. Mothers have lost many nights’ sleep anxious about where their children’s lives had gone in the wrong direction.”

Addressing the members of the African community who had gathered with him in St Finian’s Church, the Archbishop said: “I think of the many mothers in Africa who weep day after day for their children trapped in war and in natural disasters. I think of some of your mothers living in Africa saddened by the fact that you have had to come so far to find a truly dignified life. Lord protect Christian mothers who suffer in our world.”

The Archbishop also had some words for fathers. Drawing on yesterday’s Gospel reading, he said: “In the parable of the prodigal son, the special witness to the mercy of Jesus is the young man’s father. We might have more easily expected such tender forgiveness to come from his mother. The Gospel reminds us men, and especially fathers, that we are called to witness to God’s tenderness in a special way: in how we treat our wives, our children, those who work with you and those you meet in society. Lord, make our men witness to God’s tender love.

*The African chaplaincy, which was founded in 2004, is headed by Fr Cornelius Nwaogwugwu CM, who is based at St Peter’s Church in Phibsboro. Throughout the month, he celebrates Mass with the African community on the first and third Sunday of the month at the Immaculate Conception Church, Clondalkin; on the second Sunday of the month at the Divine Mercy Church in Lucan South; and on the fourth Sunday at St Brigid’s in Blanchardstown.