Home > News > Prayer for persecuted Christians around the world

Prayer for persecuted Christians around the world 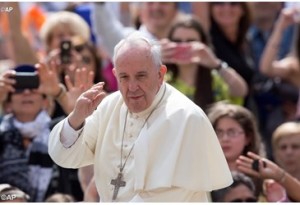 Pope Francis has spoken about modern-day Christian martyrs as he prayed for thousands of persecuted Christians around the world.

At a meeting of the charismatic movement in St Peter’s Square on Friday, the Pontiff emphasised its ecumenical nature.

“A few months ago, 23 Egyptian Copts were beheaded on the shores of Libya. In that moment, they said the name of Jesus.”

Dismissing those who highlighted that the martyrs were not catholic, Pope Francis responded, “But they are Christians! They are brothers! They are our martyrs! This is the ecumenism of blood.”

He recalled how fifty years ago, Blessed Paul VI at the canonisation of the young martyrs of Uganda, made reference to this.

Referring to the Anglican catechist companions who also shed their blood, the Pope said “They were Christians, they were martyrs. Forgive me, do not be scandalised, but they are our martyrs because they gave their lives for Christ! And this is the ecumenism of blood!”

Elsewhere in his address, the Pope reminded the members of the Renewal of the Holy Spirit of the words of Cardinal Leo Joseph Suenens, who called the charismatic renewal a “stream of grace.”

The current of grace, he said, must always flow into the ocean of God, the love of God, and must not be turned in on itself.

Pope Francis also spoke about the idea of “unity in diversity.” Unity is not uniformity, he said, but reflects the confluence of all the different parts that go to make it up.

Archbishop David Moxon, the Archbishop of Canterbury’s representative to the Holy See and director of the Anglican Centre in Rome, recited one of the prayers in St Peter’s Square on Friday.

In an earlier interview Archbishop Moxon spoke on Vatican Radio about the phrase “ecumenism of the blood of martyrs”.

He highlighted that when Christians die for their faith, the person who takes their lives isn’t making a distinction particularly between their denomination, they’re not asking if they’re Catholic or Anglican or Lutheran or Coptic or Orthodox, they’re just being persecuted because they’re Christians…”

Among those present at the event in Rome were Cardinal Leonardo Sandri, Prefect of the Congregation for the Oriental Church; Cardinal Kurt Koch, President of the Pontifical Council for Promoting Christian Unity; Cardinal Angelo Bagnasco, President of the Italian Episcopal Conference. 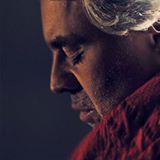 As many as 30,000 members of the Renewal in the Spirit Movement had gathered in St Peter’s Square for the ceremony.

The meeting between Pope Francis and the other Church leaders began their 38th National Convocation of the Renewal in the Spirit.

The theme was ‘Ways of Unity and of Peace: Voices of Prayer for the Martyrs of Today and for a Spiritual Ecumenism’.

Salvatore Martinez, president of Renewal in the Spirit Movement, began with an appeal for unity.

“We want to give a voice to those who have lost the right to live, to have a home with their families and live with their loved ones. The right to confess a faith means the capacity to confess it freely,” he said.

On Saturday, Cardinal Angelo Comastri, President of the Fabric of St Peter and Vicar General of Vatican City State, presided over the celebration of the Eucharist with the Charismatic movement’s members at Rome’s Olympic Stadium.