Prayer for parishes is this month’s Pope’s intention 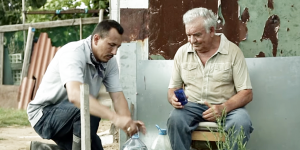 Pope Video September 2017 is on the theme of parish

Our parishes should be places that are animated by a missionary spirit, says Pope Francis in this month’s Pope Video.

Each month, His Holiness presents a one-minute video, viewable online, relating to his intention for that month. This month, Pope Francis’ intention is that we pray for our parishes.

In the video, the Pope tells us: “Parishes must be in contact with homes, with people’s lives, with the life of society.

“They have to be houses where the door is always open so as to go forth toward others. And it is important that this going-forth follows a clear proposal of faith.

“The doors must be opened so that Jesus can go out with all of the joy of his message.

“Let us pray for our parishes, that they not be simple offices, but that animated by a missionary spirit, may be places where faith is communicated and charity is seen.”

As usual, the video shows the Pope speaking from behind his office desk in the Vatican, but, this month, the footage is interspersed with a South American parish group cleaning rubbish and pollution out of a river. One of the parish workers notices that a person living by the river doesn’t have clean water to drink, so he provides him with some.

The Pope Video is an initiative of the Pope’s Worldwide Prayer Network, otherwise known as the Apostleship of Prayer, which was founded by a group of Jesuit seminarians in 1844.

Today the prayer network is present in more than 98 countries, with more than 35 million people praying for the Pope’s intention every month. The network’s youth branch is the Eucharistic Youth Movement.

There is a link to the video at the bottom of the Catholicireland.net home page.