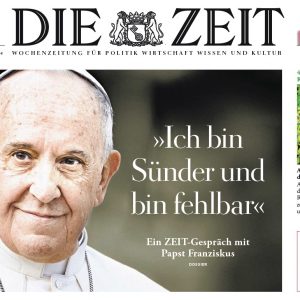 The lack of vocations has become “an enormous problem”, so much so that the Church needs to discuss “the ordination of married men of proven faith”, said Pope Francis in an interview with the weekly news magazine Die Zeit.

In the interview, which was published in full on Thursday, the Pope discussed the vocations crisis that is affecting the Church across the world. He told the German publication that the shortage of priests in Switzerland had created a situation where some parishes are in the charge of female “community leaders”.

The first response, he said, must be to pray. “The Lord told us to pray; prayer is missing,” he said. After that, the response should include a greater focus on “working with young people who are seeking ordination”. The Pope then said: “For vocations, there is also another problem, the problem of the birth rate. If there are no young men there can be no priests.”

However, his interviewer then asked His Holiness if the duties of married men of proven faith, known as viri probati in Latin, who are already serving as deacons, could be expanded into the priesthood. Francis replied: “We must think, yes, viri probati are a possibility. But then we must also consider what tasks they could perform, for example in isolated communities.”

This last remark is seen by some as a willingness by Pope Francis to allow discussion about the ordination of married men as priests. In the interview, the Pope said the vocations crisis needed to be faced “fearlessly” in the Church. “Fears close doors; freedom opens them,” he said.

The Pope was asked about where he might make apostolic visits in the near future – he ruled out a trip to Russia, because that would mean he would also have to visit Ukraine – and he also said that his hoped-for visit to South Sudan would most likely not go ahead. But he did say that he plans to visit India, Bangladesh and Colombia, as well as Fatima in Portugal.

In a very personal revelation, the Pope talked in the interview about his own crises of faith. “I too know moments of emptiness, spiritual dark moments, when I have said ‘Lord, I don’t understand this’,” he said. “One cannot grow without crises. In human life the same thing happens: the crisis of a child who becomes an adult. And faith is the same.

“Faith is a gift. One cannot recover one’s faith on one’s own, but must ask it from God. I ask and He responds – sooner or later! But at times, in a crisis, you have to wait.”

The article was headlined with a quote from the interview, where Pope Francis said: “Ich bin Sünder und bin fehlbar” – “I am a sinner and am fallible.”

He also revealed a little of his own prayer life: “One of the things I pray for each day, with the prayer of St Thomas More, I ask for a sense of humour!”