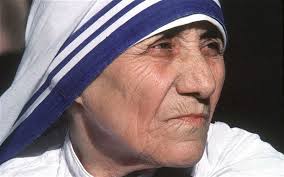 A popular prayer book has been republished by the Dublin Archdiocese in advance of next month’s World Day of the Sick celebrations.

Subtitled “Praying as we experience illness and as we care for those who are sick”, the booklet features prayers compiled by Peter Murphy that are suitable for personal prayer in parishes, in the home, in hospital or in healthcare facilities.

The Dublin Archdiocese has suggested to its priests that it would be a suitable pastoral gift for those making visitations to the sick or First Friday calls.

Priced €1.95, the booklet is available from either Archbishop’s House in Dublin or from Veritas.ie.

World Day of the Sick was introduced by Saint Pope John Paul II in 1992 and celebrated for the first time the following year. It is held on 11th February, the feast day of Our Lady of Lourdes.

This year the main World Day of the Sick celebration will be in Kolkata in India, where Saint Mother Teresa founded the Missionaries of Charity and order, noted for its work in helping the sick, the crippled, the blind, the infirm and the dying.

Pope Francis will not be at that Kolkata celebration – but in May he is due to visit Mother Teresa’s hometown of Skopje in Macedonia, where the saint spent the first 17 years of her life as Agnes Gonxha Bojaxhiu.

The Pope will be visiting Skopje, which is currently home to the Mother Teresa Memorial House, as part of a pastoral visit to Bulgaria and Macedonia.

Pope Francis has already published his message for World Day of the Sick and in it he expresses admiration for Saint Mother Teresa as “a model of charity who made visible God’s love for the poor and the sick”.

It was Pope Francis who canonised the religious sister in 2016.

He says in his World Day of the Sick message: “Saint Mother Teresa helps us understand that our only criterion of action must be selfless love for every human being, without distinction of language, culture, ethnicity or religion. Her example continues to guide us by opening up horizons of joy and hope for all those in need of understanding and tender love, and especially for those who suffer.

“Generosity inspires and sustains the work of the many volunteers who are so important in health care and who eloquently embody the spirituality of the Good Samaritan. I express my gratitude and offer my encouragement to all those associations of volunteers committed to the transport and assistance of patients, and all those that organise the donation of blood, tissues and organs.

“One particular area in which your presence expresses the Church’s care and concern is that of advocacy for the rights of the sick, especially those affected by pathologies requiring special assistance. I would also mention the many efforts made to raise awareness and encourage prevention. Your volunteer work in medical facilities and in homes, which ranges from providing health care to offering spiritual support, is of primary importance.”

The Pope told carers and volunteers: “Countless persons who are ill, alone, elderly or frail in mind or body benefit from these services, I urge you to continue to be a sign of the Church’s presence in a secularised world.”