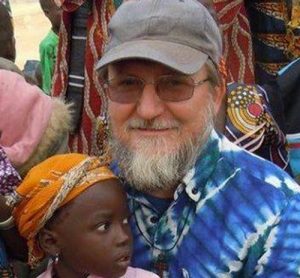 The Archbishop of Cashel & Emly has asked for prayers for the safe return of a missing missionary priest, who is believed to have been abducted by jihadists. Fr Pierluigi Maccalli SMA was kidnapped on Monday in south Niger, near the border with Burkina Faso.

“I am asking the faithful of our Archdiocese, and all people of goodwill, to join with me in praying for Father Pierluigi’s well-being and safety. It is a very worrying time as we wait in hopeful anticipation of our brother priest’s safe return,” wrote Archbishop Kieran O’Reilly SMA.

According to the Communications Chief for the Catholic Mission to Niger, the kidnapping happened around 9.00 p.m. on Monday.

“According to local residents, about eight men arrived on motorbikes, broke into Fr Maccalli’s house opposite the church and forced him to go with them. They returned ten minutes later, firing into the air to frighten people. There were also nuns there, but he was the only one they wanted to kidnap.” The men stole the priest’s computer and his phone.

News of the kidnapping was reported by the Italian priest’s confrere, Fr. Mauro Armanino, who said the area has been in a state of emergency for some months due to the presence of terrorists from Mali and Burkina Faso.

According to the SMA website, the Italian Fr Pierluigi Maccalli, an experienced missionary with several years’ service also in the Ivory Coast, was serving in the parish of Bomoanga in the diocese of Niamey, having transferred there from the Italian diocese of Crema. He was active in evangelisation and integral human development, building schools, dispensaries and offering training for young farmers. His brother Fr Walter Maccalli is also a member of the Society of African Missions, serving in Angola.

The region has been struggling to defeat jihadist groups, including some affiliated with Al Qaeda and Islamic State, which are active along Niger’s porous borders with both Mali and Burkina Faso.

The SMA Mission was present in Niger from 1931 to 1948. At the invitation of the local Church, in 1976 it returned to work in the region and since the 1990s more than 20 missionaries have visited the villages of Gourmancé, of which 12 have active Small Christian Communities. The Catholic Church in Niger strongly supports the social gospel, and the Mission of Bomoanga has a strong commitment to integral human development through its small faith-based communities called CSD (Comité de Solidarité et Developpement).

Niger is one of the poorest countries in the world. Two-thirds of the population lives below the poverty line and survives on less than a dollar a day and there are enormous health and hygiene problems. There is widespread illiteracy because of a shortage of educational facilities, and a scarcity of water due to increasing desertification and global warming. “The lack of roads and other means of communication make the area isolated and forgotten,” says the Fides agency. It is a predominantly Muslim country, where between 1 and 2 per cent of the inhabitants are Christians in a population of about 20 million.