Pray for Asia’s Christians this month, asks the Pope 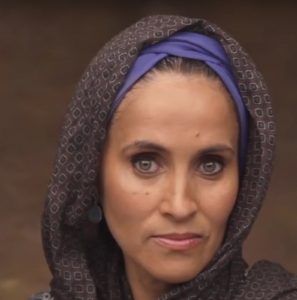 The people of Asia, especially the Christians of the world’s largest continent, are the subject of this month’s papal prayer intention.

In recent months, two troubling conflicts in Asia have featured prominently in the world’s media: an increasingly tense relationship between North Korea and the United States of America that could potentially develop into a nuclear conflict; and the continuing persecution, and alleged genocide, of Rohingya Muslims in Myanmar, the state formally known as Burma. In many Asian countries, Christians have faced persecution, but now the number of Christians is growing.

There are also less well publicised political and ethnic tensions to be found in many parts of Asia.

The continent is vast and it is home to more than half of the world’s population – 4.4 billion out of a global total of 7.6 billion. Pope Francis remarks in his video that it is a very diverse population.

“The most striking feature of Asia is the variety of its peoples who are heirs to ancient cultures, religions and traditions,” the Pope tells us. “On this continent, where the Church is a minority, the challenges are intense. We must promote dialogue among religions and cultures.”

Speaking from his office in Rome, Pope Francis says: “Dialogue is an essential part of the mission of the Church in Asia. “Let us pray that Christians in Asia may promote dialogue, peace, and mutual understanding, especially with those of other religions.”

Throughout the video, there are many different images of Asians from different countries and cultures. The monthly Papal Video is a notable feature of Francis’s papacy, which has done much to harness the power of electronic media to inspire and evangelise.  More than 35 million people worldwide use the monthly video to join the Pope in praying for his monthly intention.

You can find a link to the video on the homepage of CatholicIreland.net.