Pray for artists is the Pope’s intention in August 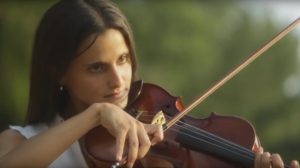 In this month’s ‘Pope Video’, His Holiness is calling on the faithful to pray for artists because of their role in evangelisation and in awakening us to the wonder of all that Our Lord has made.

Images of musicians, a dancer and a painter are interspersed between video clips of Pope Francis speaking directly to viewers from behind his office desk in the Vatican.

In the minute-long video, the Pope says: “The arts give expression to the beauty of the faith and proclaim the Gospel message of the grandeur of God’s creation.

“When we admire a work of art or a marvel of nature, we discover how everything speaks to us of Him and of His love.

“That artists of our time, through their creativity, may help us discover the beauty of creation.”

Interestingly, at the start of the video the musicians featured are all playing instruments that most of us would be familiar with – a violin, a saxophone, a guitar and a piano – but in the later stage the musicians shown are non-European and playing their own local instruments from Africa, the Indian sub-continent and Asia. 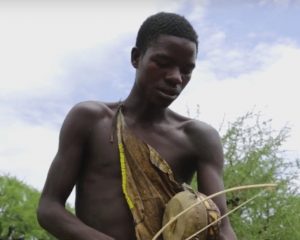 The video can be viewed via a link on the catholicireland.net homepage.

The director of the Pope’s Worldwide Prayer Network, Fr Frédéric Fornos SJ, says that the Pope has previously spoken of the importance of artists to wider society.

He added: “The artist is a witness of the invisible, and a work of art is the strongest proof that the incarnation is possible, and the role of the poet, of the artist, is to oppose the ‘throw-away’ culture, and evangelise.”

The Pope’s Worldwide Prayer Network is otherwise known as the Apostleship of Prayer, and was founded in 1844. Today it is present in more than 89 countries and there are more than 35 million people active in the prayer network, praying for the Pope’s intention every month. The network’s youth branch is the Eucharistic Youth Movement, which is present in 56 countries.

View the Pope’s video on this link – https://www.catholicireland.net/the-pope-video-august-2017-for-artists/