“Huge increase” in inquiries about vocations 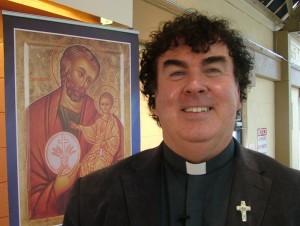 The National Coordinator for Diocesan Vocations in Ireland has thanked members of St Joseph’s Young Priests Society in Knock for being a “powerhouse of prayer” for vocations.

Fr Willie Purcell paid his tribute as 25 men attended an Open Day for those discerning a vocation to the priesthood at the national seminary in Maynooth.

“On behalf of all the vocations directors in Ireland, please keep doing what you are doing,” he said.

Fr Purcell told the members that their work was a ministry and God wanted them to keep living out that ministry. “God is not done with you yet,” he said, adding “He uses us right to the point of death.” 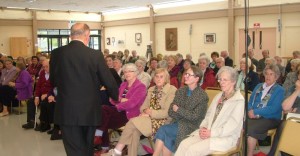 Before he began his address, he received a text from a seminarian in Maynooth who had told him that 25 men had turned up for the Open Day at the seminary.

“That is five more than  last year,” Fr Willie told the group. “I texted him back ‘I’m with the people who made this possible’.”

The National Vocations Co-Ordinator said that in the last twelve months he had seen a “huge increase” in inquiries about vocations.

Fr Purcell  is also Vocations Director for the diocese of Ossory where they currently have four men going through a process of discernment.

“We are on the rise, people are coming forward. You have to tell others the good news that we are living in the era of the joy of the Gospel.”

Fr Purcell appealed to the members of St Joseph’s Young Priests Society not to give up and to continue the work of their founder, Olivia Mary Taaffe “to keep priests and seminarians in the heart of our prayers. We will never know who will be touched, but they will be touched.” 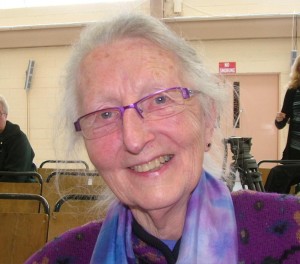 During an open discussion at the end of the meeting, Maureen Keogh from Dublin encouraged those present to pray and encourage people to pray for vocations.

“We should all speak to the first person we meet of the necessity to pray for vocations,” she said.

Another member appealed for ‘houses of discernment’ like those set up in certain dioceses in the UK to make it easier for men to discern a vocation.

The organisation fosters vocations to the priesthood and religious life through prayer and financial contributions.