Poverty is bad for state and individuals, says SVP report 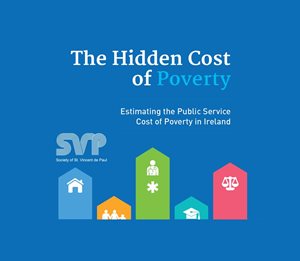 Poverty costs the Irish state between €3 billion and €7.2 billion every year. The government needs to spend on prevention measures if it is to reduce the cost of poverty, which is included in figures such as the estimated €4.5 billion spent annually for housing, justice, transport and agriculture.
This is according to the Society of St Vincent de Paul (SVP), which has just published the Hidden Cost of Poverty report.

“This report clearly demonstrates why we need much greater investment measures to prevent people from falling into poverty. Making the right investments now means we can reduce expenditure on mitigating the effects of poverty in the long term. In other words, we need to invest to save,” said Dr Tricia Keilthy, Head of Social Justice, SVP.

She added that the draft Programme for Government makes some commitments towards reducing poverty, for example, the living wage for low-paid workers and increased investment in key public services. There is also a commitment to implement the new social inclusion strategy: A Roadmap for Social Inclusion 2020–2025.

However, Dr Keilthy added that the proposed programme is lacking in some areas. “Both this strategy [Roadmap] and the draft Programme for Government fail to guarantee that social welfare rates will be benchmarked at a level that is sufficient to lift people above the poverty line and provide them with a Minimum Essential Standard of Living. Without this commitment, the best efforts of the new government to reduce poverty will be blunted,” she said.

The Hidden Cost of Poverty report was commissioned by the SVP and written by Dr Micheál Collins, School of Social Policy, Social Work and Social Justice, University College Dublin.

Speaking at the launch of the report, SVP National President, Kieran Stafford, said that living in poverty is common in Irish society. “It is the reality for around 700,000 people across the state,” he said. “The experience of ongoing disadvantage takes a physical, psychological and social toll on the lives of too many children and adults, and the effects can be long lasting.”

“The publication of this report is significant, as it clearly shows that poverty carries a huge cost, not just for those directly affected, but for everyone in society. As well as the strong moral arguments for addressing poverty, we now have important evidence on the wider societal benefits of tackling it and not allowing it to persist,” he continued.

The report shows that while most of those living in poverty are of working age there are a large number of children living below the poverty line. About 30 per cent of all those in poverty are aged 17 years and under – that is an average of 225,000 children each year. At the other end of the age spectrum, about 55,000 pensioners live on an income below the poverty line and this is around 8 per cent of those living in poverty. 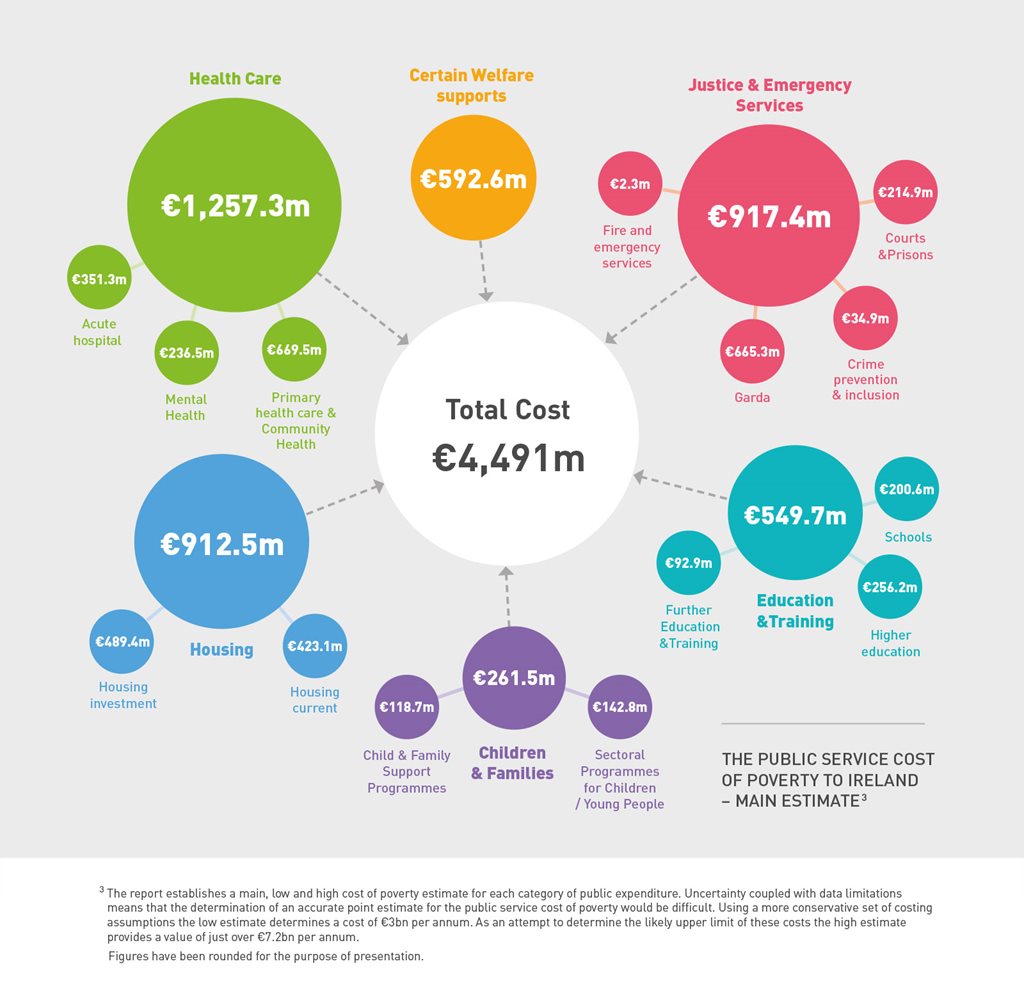 The report finds that the extra spending on poor health outcomes associated with poverty is over €1.2 billion, while in education, €549.7 million euro is spent every year on legacy effects of early child poverty and on measures to prevent children from experiencing longer-term educational disadvantage.

Some €917.4 million euro is spent in the justice system to deal with social and economic disadvantage, exclusion, marginalisation and crime.

Also a significant proportion of state spending is allocated to support people in poverty unable to afford basics through social assistance (€592.7 million) and housing supports (€912.5 million).

“Year after year, poverty imposes substantial costs on all of Irish society, while these fall heaviest on those living on the lowest incomes in our society,” said Dr Collins. He added that there are benefits for all in having a coherent national strategy to address and successfully reduce poverty and its consequences.