Popular local priest is to be new bishop in Monaghan 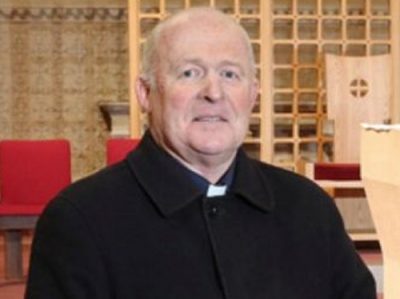 Monsignor Lawrence Duffy has been appointed the new Bishop of Clogher.

Pope Francis announced the new appointment at noon yesterday, the Feast of the Immaculate Conception.

Archbishop Eamon Martin welcomed the appointment with a prayer that the Blessed Mother Mary would watch over and guide the bishop-elect.

“I offer my prayerful good wishes also to his family, friends and to all the faithful of the 37 parishes of Clogher,” Archbishop Martin said.

The see of Clogher has been vacant since 2016 when Bishop Liam MacDaid retired on health grounds. Since then Monsignor Joseph McGuinness has been acting as diocesan administrator.

Monsignor Duffy was born in 1951 to Thomas and Elizabeth Duffy of Magheracloone, one of a family of five children. Known as Fr Larry, he has been parish priest of Carrickmacross, Co. Monaghan since 2013. The bishop-elect was ordained in 1976, and since then has served in various parishes of the diocese including Enniskillen, Castleblayney, Monaghan & Rackwallace, Ederney, Clones and Carrickmacross.

A parishioner who knows him well, also through his strong connections with the GAA (for which he played), described him as a “lovely, no-nonsense man”.

“He gives very short sermons that hit home. He is really a priest who connects with people,” the parishioner said.

Paying tribute to the new bishop-elect, his former bishop and colleague in Enniskille, Bishop Emeritus Joseph Duffy, said he had always been impressed by Monsignor Duffy’s “natural wisdom, his keen sense of spiritual priorities, his marvellous sense of humour and humility and his courage in confronting problems. He works easily with others and has no illusions about the pastoral challenges facing the Irish and universal Church today.”

Archbishop Martin said he would bring a wealth of pastoral experience to his role, having ministered in various parishes – both North and South – in the diocese. “I have no doubt that Bishop-elect Larry will also bring his keen sense of pastoral priorities to bear on our discussions at the bishops’ conference, including the benefit of experience and wider perspective gained during his missionary placement in Kenya.”

The Diocese of Clogher, with a Catholic population of 88,000, takes in all of Co. Monaghan, most of Fermanagh and portions of Tyrone, Donegal, Louth and Cavan. It has 37 parishes, and is served by 58 priests and two deacons.