Pope’s visit should be more than celebrity concert: Jesuit theologian 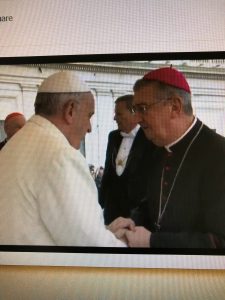 Pope Francis’ visit to Ireland in August should be  “more than a celebrity concert where people get a momentary buzz and feel good about things” according to a leading Jesuit theologian. Reacting to the official announcement on Wednesday, that Pope Francis will be attending the World Meeting of Families in August, Fr Gerry O’Hanlon SJ said he wanted the Pope’s “deeper message” to get out.

“He has beautiful things to say about love, about sex, about cohabitation, about gay people, non traditional families, the economic pressures on marriage. He got to convey that message because he consulted widely and listened to what people said, through the bishops’ conferences and again at the synod,” said the former Provincial of the Jesuits in Ireland.

I’d love to see that process being reproduced and not just the pope saying things but “allowance for the experience of real people being fitted in to what the Church thinks and teaches” he continued.

The Catholic Church has lost much of its moral authority because of the child sexual abuse scandals and the way they were handled, so the scenario of this visit is different to the last papal visit, he said. “It will be an opportunity to give him a traditional Irish welcome but also to allow what he says to permeate at a deeper and not just a superficial level.”

Fr O’Hanlon said he hoped that during his visit, the Pope might carve out 30 to 40 minutes to meet with his Jesuit confreres. “It would give us inspiration,” he said. Asked what he would say to Pope Francis at such a meeting, the Jesuit replied he would encourage Pope Francis “to continue with his long term plan of a synodal church”.

“The Church of the third millennium should be synodal at the local, national and universal level. The Church is in crisis. We need to get all hands on deck to solve it. The bishops have too much on their plates, it is a case of ‘all hands to the pump’,” he added. 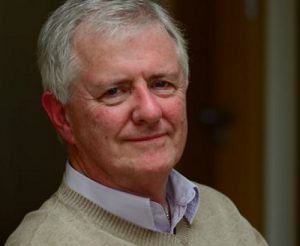 Referring to the Irish bishops’ Ad Limina visit to Pope Francis, where “nothing was off the agenda”, Fr O’Hanlon said he would love to see this replicated in the Church in Ireland through a National Assembly. “The signal of a National Assembly would be enough to galvanise pastoral councils all over Ireland,” he said. “It would have a long term, lasting fruit.”

The Jesuit theologian said a visit to Northern Ireland would be very positive, even for non Catholics. “It might give a great boost to the process of reconciliation,” he believed.

Meanwhile the Bishop of Limerick, speaking on  RTE’s Drivetime, said that the final Mass in the Phoenix Park could be a huge event. “It may be centuries before another pope comes, not because of Ireland, but because the axis is shifting to the Southern hemisphere – that is where the popes will go in the future, so it is an opportunity not to be missed,” said Bishop Brendan Leahy.

Stressing that the visit was historically, culturally and most importantly of all, of faith significance, he said the Church wanted to be a family. “We are all living in different situations but we are part of this broad family that is called the Church. I hope it [the World Meeting of Families] will be a wonderful occasion for everybody to feel part of something great.”