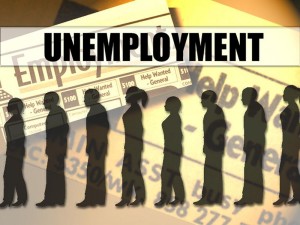 The Holy Father’s Universal prayer intention for June is: “That the unemployed may receive support and find the work they need to live in dignity”.

His missionary prayer intention is “that Europe may rediscover its Christian roots through the witness of believers”.

Both intentions underscore the Pope’s awareness of the malaise currently sweeping the old continent where austerity measures and rising unemployment figures were dominant factors across the board in EU and local elections last weekend.

In fact, one of the questions he was asked during his Q&A with journalists on the returning flight from his Holy Land pilgrimage, was about the populism revealed by the election results.

Pope Francis frankly stated that while he knew little about populism in Europe, the impact of unemployment in a society based on money should not be underestimated.  He said such a society discards children, the elderly and young people. This is seen in dramatically low birth rates, a disguised form of euthanasia and youth unemployment rates that reach 40%, in Italy, 50% in Spain. 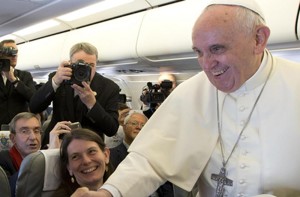 Pope Francis said “There is an entire generation of people that is not studying or working. This culture of waste is very serious. Europe is not the only place where it exists,  but it is strongly felt in Europe. It is an inhumane economic system… this economic system kills.”

In March this year Pope Francis spoke at length on  the primary importance of work and the need for creativity and solidarity to face the economic crisis, receiving in audience the employees and managers of the Italian “Acciaierie di Terni” steelworks, accompanied by the bishop of the diocese and a group of faithful, to commemorate the 130th anniversary of the company’s foundation.

“It is necessary to reaffirm that employment is necessary for society, for families and for individuals”, said the Pope. “Its primary value is the good of the human person, as it allows the individual to be fully realised as such, with his or her attitudes and intellectual, creative and manual capacities. Therefore, it follows that work has not only the economic objective of profit, but above all a purpose that regards man and his dignity. And if there is no work, this dignity is wounded! Indeed, the unemployed and underemployed risk being relegated to the margins of society, becoming victims of social exclusion”.

“What can we say, when faced with the very serious problem of unemployment that affects various European countries?”, he asked. “It is the consequence of an economic system that is no longer able to create work, because it has placed at its centre the idol of money. Therefore, the various political, social and economic actors are called upon to promote a different approach, based on justice and solidarity, to ensure the possibility of dignified work for all. Work is an asset for all, and must be available to all. Phases of serious difficulties and unemployment must be faced with the tools of creativity and solidarity. The creativity of courageous businesspeople and craftspeople, who look to the future with trust and hope. And solidarity between all the elements of society, who all give something up, adopting a more sober lifestyle, to help those in need”.

“This great challenge requires the involvement of the Christian community as a whole”, concluded the Pope. “The first challenge is to revive the roots of faith and of our adhesion to Jesus Christ. This is the inspiring principle in the choices of a Christian: faith. Faith moves mountains! Christian faith is able to enrich society through the concrete element of brotherhood it embodies. … Never cease to hope for a better future. Do not let yourselves be trapped in the vortex of pessimism! If everyone does his part, if we all put the human person and his dignity at the centre, and if we consolidate an attitude of solidarity and fraternal sharing, inspired by the Gospel, we can emerge from the swamp of this difficult and burdensome period of economic turmoil”.