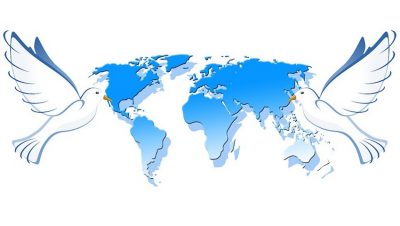 Pope Francis has warned politicians against exploiting xenophobia and racism for political gain.

In his message for World Peace Day on 1 January 2019, which was released on Tuesday, the Pope spoke about ethical politics and contrasted it with the vices of bad politics and corrupt politicians who are willing to disregard the natural environment and plunder the earth’s natural resources for the sake of a quick profit.

In the opening paragraphs of his message, the Pontiff warned that the thirst for power at any price leads to abuses and injustice.

“Politics is an essential means of building human community and institutions, but when political life is not seen as a form of service to society as a whole, it can become a means of oppression, marginalisation and even destruction,” the Pope warned.

Political office and political responsibility challenge those called to the service of their country to make every effort to protect those who live there and to create the conditions for a worthy and just future.

“If exercised with basic respect for the life, freedom and dignity of persons, political life can indeed become an outstanding form of charity,” the papal message states.

Pope Francis also notes that peace is sometimes like “a delicate flower struggling to blossom on the stony ground of violence.”

Speaking generally about the vices which can dog politics, he said they detract from the credibility of political life overall, as well as the authority, decisions and actions of those engaged in it.

“These vices, which undermine the ideal of an authentic democracy, bring disgrace to public life and threaten social harmony. We think of corruption in its varied forms: the misappropriation of public resources, the exploitation of individuals, the denial of rights, the flouting of community rules, dishonest gain, the justification of power by force or the arbitrary appeal to raison d’état and the refusal to relinquish power.”

The Pope also warned against xenophobia, racism, lack of concern for the natural environment, the plundering of natural resources for the sake of quick profit and contempt for those forced into exile.

Good politics, on the other hand, promotes the participation of the young and trust in others. He added that when politics concretely fosters the talents of young people and their aspirations, peace grows in their outlook and on their faces.

Referring to the centenary of the end of the First World War, Pope Francis remembered those killed in its battles and the civilian populations torn apart.

“We are more conscious than ever of the terrible lesson taught by fratricidal wars: peace can never be reduced solely to a balance between power and fear,” he stressed.

Any escalation of intimidation, and the uncontrolled proliferation of arms, is contrary to morality and the search for true peace, he said.

“Terror exerted over those who are most vulnerable contributes to the exile of entire populations who seek a place of peace. Political addresses that tend to blame every evil on migrants and to deprive the poor of hope are unacceptable,” the message underlined.

“Our thoughts turn in a particular way to all those children currently living in areas of conflict, and to all those who work to protect their lives and defend their rights,” he said and highlighted that one out of every six children in the world is affected by the violence of war or its effects, “even when they are not enrolled as child soldiers or held hostage by armed groups.”

He said that the witness given by those who work to defend them and their dignity “is most precious for the future of humanity.”

He concluded by recalling the seventieth anniversary of the Universal Declaration of Human Rights, adopted in the wake of the Second World War, as well as the observation of  Pope John XXIII: “Man’s awareness of his rights must inevitably lead him to the recognition of his duties. The possession of rights involves the duty of implementing those rights, for they are the expression of a man’s personal dignity. And the possession of rights also involves their recognition and respect by others.”