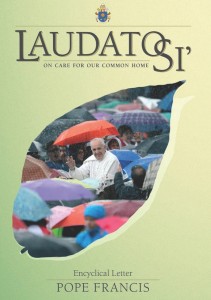 The Pope’s new encyclical Laudato Si (Blessed Be), published by Veritas Publications, is already into a second print in Ireland with the initial 8,000 copies being sold within two weeks.

“There has been a huge interest in it,” Marie O’Neill, Marketing and Publications Co-Ordinator at Veritas told CatholicIreland.net.

According to data supplied by Nielsen BookScan taken from the Irish Consumer Market for the week ending 4th July 2015, Laudato Si: On Care for Our Common Home was non-fiction best seller with 1,255 copies sold, and third place overall in book sales (including fiction sales).

The encyclical costs €4.99 but may be downloaded free from the internet.

“In the summer we see people buying for themselves while at Christmas they tend to buy for each other.”

Popular summer reads include Walking on the Pastures of Wonder, based on conversations of John O’Donohue with his friend John Quinn. 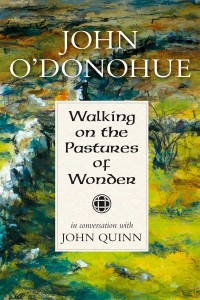 The bestselling author of Anam Cara and Benedictus had recorded many conversations with his close friend John Quinn.

Transcribed and collated by the RTÉ broadcaster, the conversations span a number of years exploring themes like wonder, landscape, the medieval mystic Meister Eckhart, ageing and death.

“In the summer time people often buy books like Walking on the Pastures of Wonder or books on Mindfulness that people can dip in and out of,” said Ms O’Neill.

In Columba Press the big seller has been the biography of Padre Pio by Fr Francesco Napolitano who knew and worked with Padre Pio.

“This is the first English language biography of Padre Pio,” Shane McCoy, Marketing and Publicity Manager with Columba told CatholicIreland.

Mr McCoy said the biography (an English translation of an earlier Italian biography) “is nearly sold out” and had sold over 3,000 copies since being published at the end of May 2015. 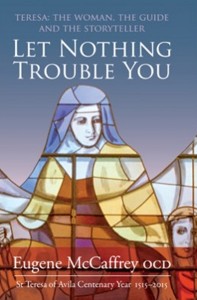 Another popular read is Let Nothing Trouble You – Teresa: the Woman, the Guide and the Storyteller marking the centenary year of St Teresa of Avila, by Eugene McCaffrey OCD which has sold thousands of copies.

According to the marketing and publicity manager with Columba Press, there is less of a demand for theological style books nowadays. “People are looking for faith based rather than doctrinal material.”

Veritas bookshops only stocks non-fiction material but there has always been a “strong general title list as well as religious titles,” said Ms O’Neill.

In her three years with the company, she has noted a growing interest in books on mindfulness like Martina Lehane Sheehan’s books Seeing Anew and Whispers in the Stillness. “Mindfulness is huge,” she says.

Veritas Publication plans to publish a book by theologian Mary T. Malone on the four women Doctors of the Church: St Teresa of Avila, St Therese of Lisieux, St Catherine of Sienna and St Hildegard of Bingen in the autumn.

Due out from Columba Press is Tomorrow’s Parish by Donal Harrington and The Celtic Spirit by Grace Clunie.