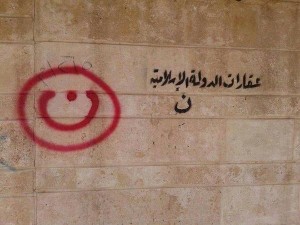 Cardinal Seán Brady has added his voice to the Christian leaders around the world concerned over the suffering of the people of Northern Iraq.

In a statement on Wednesday, the President of the Irish Episcopal Conference described the “horrifying” reports of human suffering as “heart-rending”.

He added that the violence and bloodshed being carried out against people because of their religion was “truly shocking”.

The Cardinal said Christian communities are being targeted in a particular way, and people are being forced to flee their homes because of the violence, which had caused immense harm.

Responding to Pope Francis’ call for peace, the Cardinal asked all catholic parishes to offer special prayers for the people of Iraq and for peace in the wider Middle East this Friday, the Feast of the Assumption.

“The Feast of the Assumption reminds us of the dignity of the human person,” Dr Brady said.

He recalled that in 1950, five years after the end of the Second World War, the dogma of the Assumption was proclaimed, “something which underlined the sanctity of the person, body and soul.”

He added, “I ask that people offer their Friday penances in radical solidarity with our brothers and sisters in Iraq.”

He also underlined that it was important that concrete humanitarian steps are taken in order to respond to the desperate situation of the Iraqi Christians and to protect the religious freedom of all minorities.

“The solidarity that we can offer those people is even more important in these days,” he said.

Cardinal Brady’s intervention follows a statement issued on behalf of Pope Francis on Wednesday which said the Pontiff was “following with deep concern the dramatic news reports coming from northern Iraq, which involve defenseless populations.”

The Pope noted that Christian communities are particularly affected, with people fleeing their villages because of the “violence that rages, wreaking havoc on the entire region”.

In light of these terrible developments, the Pope renewed his spiritual closeness to all those who are suffering and made an impassioned appeal to the church’s bishops, asking the whole Church and the faithful to “raise up with one voice a ceaseless prayer, imploring the Holy Spirit to send the gift of peace”.

The Pope also called on the international community to protect all those affected or threatened by the violence, and to guarantee all necessary assistance – especially urgently needed aid – to the great multitude of people who have been driven from their homes, whose fate depends entirely on the solidarity of others.

Cardinal Brady urged the faithful to pray the prayer written by the Chaldean Catholic Patriarch of Iraq, His Beatitude Louis Rafael Sako.

Prayers for Christians in Iraq

The plight of our country is deep and the suffering of Christians is severe and frightening.

Therefore, we ask you Lord to spare our lives, and to grant us patience, and courage to continue our witness of Christian values with trust and hope.

Lord, peace is the foundation of life;

Grant us the peace and stability that will enable us to live with each other without fear and anxiety, and with dignity and joy.

Glory be to you forever.