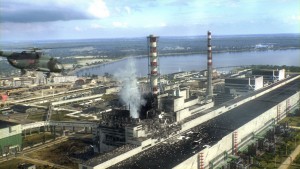 Ahead of the 30th anniversary of the Chernobyl disaster, Pope Francis prayed for the victims of the worst nuclear accident in history.

Addressing pilgrims in St Peter’s Square on Wednesday, the Pope had special greetings for those from Ukraine and Belarus.

Mentioning the International Conference that has been organised to mark the anniversary on 26 April, Pope Francis said he is “praying for the victims of that disaster while expressing appreciation and gratitude to those who have assisted them and for the initiatives aimed at alleviating their suffering and the damage.”

Meanwhile, Adi Roche, founder of the charity Chernobyl Children International is to address the UN on 30th anniversary of the Chernobyl disaster.

Speaking to the Irish Times, Adi Roche said she had been given speaking time at the UN General Assembly by the Belarussian Government in recognition of the role played by her charity in helping the victims of the Chernobyl disaster following the accident on 26 April 1986.

She said she would use the time to highlight the plight of Chernobyl ‘liquidators’ who battled to contain radiation leak from nuclear plant.

Ms Roche said the heroism, plight and continuing needs of the 700,000 Chernobyl ‘liquidators’ who were sent to the plant to try and contain the leaking radiation from the nuclear reactor was her priority.

Many of them died or have had to live with radiation-induced lifelong illnesses.

She also underlined that there are still radioactive contaminated “zones of alienation” around Chernobyl.

Separately, in an interview with Vatican Radio, Kate Hudson, General Secretary of the Campaign for Nuclear Disarmament, explained that the Chernobyl reactor was located in the former Western Soviet Union, just inside the Ukrainian border.

Back in 1986, the nuclear power station experienced an unexpected power surge and attempts to deal with it resulted in a reactor fire.

Among the environmental consequences was a prohibition on living on huge swathes of land around the Chernobyl reactor and adverse effects on the health of the communities that remained closest to the plant’s exclusion zone.

Instances of childhood thyroid cancer and leukemia are much more prevalent in the area than elsewhere.

Kate Hudson said the tragedy was ongoing. “It was wonderful to hear the Pope’s words on this subject: his humanitarian response to the needs of that community and of the support that they continue to receive” she told Vatican Radio.

She also warned of the need to be vigilant and to advocate for alternative energy production, of the many large and small nuclear power station incidents that have happened and continue to take place, and of the role of the Campaign for Nuclear Disarmament.

“We urge people to look at the consequences of government decisions, whether they are on nuclear energy or on nuclear weapons: it’s a technology that is too dangerous to retain” she said.