Prayers for peace were at the heart of the Pope’s Urbi et Orbi speech for Easter Sunday. 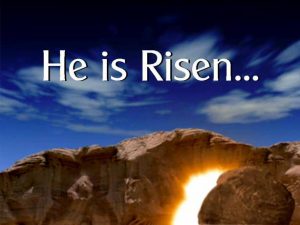 In the ‘to the city and the world’ address, which at Easter always begins with the words “Jesus is risen from the dead!”, Pope Francis recalled that in John’s Gospel Jesus had used the image of a grain of wheat to foretell his death and resurrection: “Unless a grain of wheat falls into the earth and dies, it remains alone; but if it dies, it bears much fruit.”

Pope Francis said: “We Christians believe and know that Christ’s resurrection is the true hope of the world, the hope that does not disappoint. It is the power of the grain of wheat, the power of that love which humbles itself and gives itself to the very end, and thus truly renews the world. This power continues to bear fruit today in the furrows of our history, marked by so many acts of injustice and violence. It bears fruits of hope and dignity where there are deprivation and exclusion, hunger and unemployment, where there are migrants and refugees, and victims of the drug trade, human trafficking and contemporary forms of slavery.”

In his message, he called on the faithful to “implore fruits of peace upon the entire world, beginning with the beloved and long-suffering land of Syria”.

And only two days after 16 Palestinians were killed and hundreds injured when Israeli troops opened fire across the border with Gaza, the Pope said: “We beseech fruits of reconciliation for the Holy Land, also experiencing in these days the wounds of ongoing conflict that do not spare the defenceless, for Yemen and for the entire Middle East, so that dialogue and mutual respect may prevail over division and violence. May our brothers and sisters in Christ, who not infrequently put up with injustices and persecution, be radiant witnesses of the risen Lord and of the victory of good over evil.”

Pope Francis continued: “We invoke on this day fruits of hope for those who yearn for a more dignified life, above all in those areas of the African continent deeply affected by hunger, endemic conflicts and terrorism. May the peace of the risen Lord heal wounds in South Sudan and open hearts to dialogue and mutual understanding. Let us not forget the victims of that conflict, especially the children!”

In the Urbi et Orbi address, Pope Francis also prayed specifically for the success of peace initiatives on the Korean peninsula, in Ukraine and in Venezuela.

His Holiness concluded his address with a more general prayer: “We also implore fruits of wisdom for those who have political responsibilities in our world, that they may always respect human dignity, devote themselves actively to the pursuit of the common good, and ensure the development and security of their own citizens.”