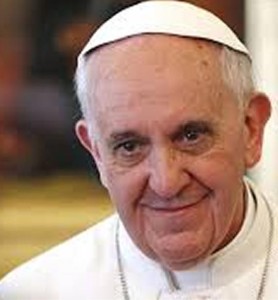 Toward the end of his general audience on Wednesday 16 September, Pope Francis, before greeting the Italian-speaking faithful, paused for a moment to recall Fr Roberto Malgesini, a priest of the Diocese of Como, who was murdered on Tuesday morning.

According to Vatican News, investigators say that Fr Malgesini had begun his normal morning routine distributing breakfast to the needy, and that the man who murdered him appears to have been lying in wait just outside the rectory. Fr Malgesini not only knew this man, who was homeless, but had been providing assistance to him: they are said to have been on good terms. However, as Pope Francis alluded to during the general audience, the man may have been mentally ill.

Pope Francis said he unites himself “to the sorrow and the prayers of his relatives and to the community [of Como]”. He then echoed the sentiments expressed by the Bishop of Como, Oscar Cantoni: “I give praise to God for the witness, that is, for the martyrdom of this witness of charity toward the poorest.” The pope then asked everyone to pause for a moment of prayer, both for Fr Malgesini and for “all the priests, sisters, lay faithful who work with the needy and those society casts away”.

Bishop Cantoni was particularly fond of Fr Malgesini, and has compared his own relationship with the murdered priest to that of a father and son: “We saw each other often … He used to tell me about his activities, recounting the most beautiful things because he carried out his ministry joyfully. He had a vocation within a vocation … He was truly a father to the poor,” the bishop said.

A diocesan website has already begun to gather testimonials regarding Fr Malgesini. Two of them read: “He gave everything for the poor, even his own blood. It seems to me he may be called a martyr for charity”; and “He was a happy man and priest because he had discovered that a way to follow Jesus was that of meeting Him in the living flesh of the poor.”

Fr Malgesini was born in Morbegno, in the Italian province of Sondrio in 1969. He was ordained in 1998 and served as a priest in the Diocese of Como from 2008. May he rest in peace.