As Irish scientists find plastic pollution in the remotest parts of the Atlantic Ocean, the Pope has praised those who are 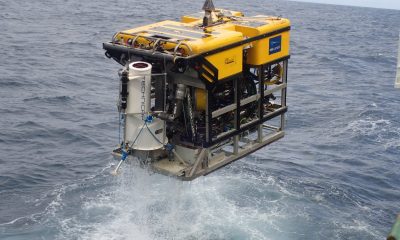 In an audience with fishermen from the Marche region of Italy, which overlooks the Adriatic Sea, Pope Francis said that their Fishing for Plastic initiative was an example of how “local civil society can and must contribute to tackling issues of global importance”.

Indeed, the Pope noted that the initiative has started being used as a model of good practice in other parts of Italy and the world.

In Ireland, a study by marine scientists at NUI Galway in 2018 found that 73% of deep water fish caught in the Northwest Atlantic Ocean had ingested plastic particles and that there is an increasing risk that human consumers of seafood are now commonly ingesting plastics in their diet.

Another study, by UCC’s Marine Geology Research Group found plastic pollution more than 2km below the surface of the sea in the Porcupine Bank Canyon which lies 320km west of the Dingle Peninsula. The leader of the survey expedition, Dr Aaron Lim, reported that microplastics have now infiltrated coral mounds that have existed for millions of years, but that are only now being seen by scientists for the first time.

Indeed, while Our Lord invited St Peter and St Andrew to be ‘fishers of men’, the current Pope realises there is a need for ‘fishers of plastic too’.

He told the assembled fishermen in the Vatican: “I like to think that even today, those of you who are Christians feel the spiritual presence of the Lord beside you.”