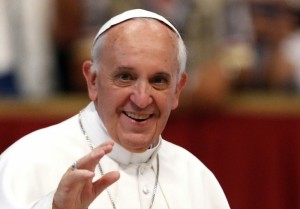 In a letter to the leader of the Vatican Dicastery for Laity, the Family and Life earlier this week, Pope Francis officially launched the preparations for next year’s World Meeting of Families (WMF).

Addressing himself to Irish-born Cardinal Kevin Farrell on 25 March (the Feast of the Annunciation), the Pope confirmed the meeting would take place in Dublin from 21 to 26 August 2018 on the theme: ‘The Gospel of the Family: joy for the world’.

The Pope asked if the Gospel continues to be a joy for the world. “Does the family continue to be good news for today’s world? I am sure the answer is yes!” said Pope Francis. “The family is the ‘yes’ of God as Love. Only starting from love can the family manifest, spread and regenerate God’s love in the world. Without love, we cannot live as children of God, as couples, parents and brothers.”

In practice, living love means “giving oneself, forgiving, not losing patience, anticipating the other, respecting. How much better family life would be if every day we lived according to the words, ‘May I?’, ‘thank you’ and ‘I’m sorry’,” said Pope Francis. 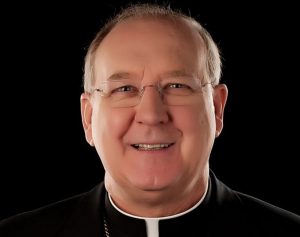 Cardinal Kevin Farrell, Prefect of the Holy See’s Dicastery for Laity, the Family and Life.

Every day we have the experience of fragility and weakness, and therefore as families and pastors, we all “are in need of renewed humility. I dream of an outbound Church, not a self-referential one, a Church that does not pass by far from man’s wounds, a merciful Church that proclaims the heart of the revelation of God as Love, which is Mercy,” he said.

Christian families were a place and a witness of mercy, he added. “The Dublin meeting will be able to offer concrete signs of this.” Pope Francis said his thoughts were with the archdiocese of Dublin and with “all the dear Irish nation for the generous welcome and commitment involved in hosting such an important event. May the Lord recompense you as of now, granting you abundant heavenly favours”.

Commenting on the letter in Rome yesterday, Archishop Diarmuid Martin of Dublin told journalists that a dedicated office and support team had been established and a nationwide programme about the family would be rolled out later this year.

Hosting the WMF was a privilege, said the Archbishop of Dublin, but a challenge too. “The challenge is not just of organising a large world event, but of recalling for a modern society such as that of Ireland, with its complex mix of secularisation and faith, how important the family is for the future of Ireland and of the wider society, especially in Europe.”

Archbishop Martin hoped the event would be “a moment of renewal for the Church in Ireland”, where families would “regain confidence in carrying out their mission in the context of a Church which is merciful and which accompanies them in the ups and downs of their lives.” 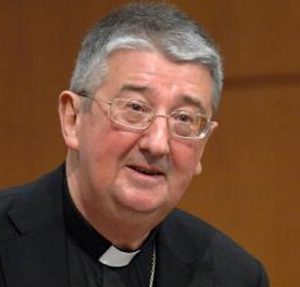 Asked if the scourge of sexual abuse would be addressed at the WMF, Archbishop Martin said the event would “look at many of the challenges facing families. I would say, if you were to look in Ireland, the people who feel most hurt by what has happened on child sexual abuse, whether in families, the Church or other parts in society, would be families themselves”. He added that young people were “very scandalised by what has happened.”

Asked about ideologies that threaten the family, the Archbishop of Dublin said that in his meetings with families, people were not so much concerned with ideologies as “work, leisure, homelessness, how to make ends meet, how they’re facing new challenges, how they have sleepless nights because of their teenage children … These are the challenges parents have to be supported in, so they can carry out this essential role within society.”