Pope to honour Shroud and Don Bosco in Turin 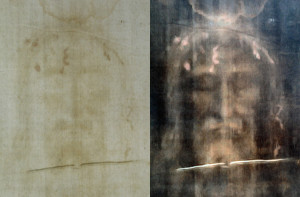 Details have just been released of Pope Francis’ visit to Turin later this month when he will venerate the Shroud of Turin and celebrate the bicentenary of St John Bosco’s birth.

“I am happy to announce that, God willing, on 21 June, I will go on pilgrimage to Turin to venerate the Holy Shroud and to honour St John Bosco on the occasion of the bicentennial of his birth,” the Pope said as he announced his visit.

The last public exhibition of the shroud was in 2010 and this time it is displayed in the Cathedral of St John the Baptist.

The Holy Father will enter the Cathedral on foot, where he will pray before the Holy Shroud and visit the altar of Blessed Pier Giorgio Frassati (a patron of young people).

Present in the Cathedral will be the cloistered nuns and priests residing in clergy houses in the diocese, the Chapter of canons, the Commission for the Holy Shroud, relatives of Blessed Pier Giorgio Frassati, Cardinal Severino Poletto, archbishop emeritus of Turin, and the bishops of the episcopal conference of Piedmont and Valle d’Aosta.

“The Pope comes as a pilgrim of faith and of love,” said Archbishop Cesare Nosiglia of Turin, papal custodian of the Shroud of Turin, at a news conference at the Vatican.

“Like his predecessors, Pope Francis too, confirms that devotion to the Shroud that millions and millions of pilgrims recognise as a sign of the mystery of the passion and death of the Lord, thereby renewing faith in him and finding strength in that hope that springs from the passion, death and resurrection of the Lord,” Archbishop Cesare Nosiglia said.

After venerating the Shroud, Pope Francis will then go to Piazza Vittorio where he will concelebrate Mass and preach the homily and pray the Angelus. Later that evening, the Pope will meet young people in the same square.

Pope Francis will have lunch with detainees from the ‘Ferrante Aporti’ detention centre for minors, some immigrants and a Rom family.

The Pope will meet with the Salesians and the Daughters of Mary Help of Christians in the basilica of the same name. 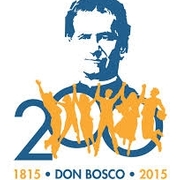 Salesians all over the world are celebrating the bicentenary of St John Bosco (1815-1888) in August.

Fondly known as Don Bosco, the Italian saint was known for his work with young people, particularly disadvantaged youth such as street children and juvenile delinquents.

Canonised on 1 April 1934, he is buried in Turin’s Our Lady Help of Christians basilica, which had served as part of a home for poor boys founded by the Saint.

Events are taking place all over the world for the bicentenary and in Ireland there is a special seminar titled ‘Young People Faith and Culture’ in our digital age.

The Salesian Fathers and Salesian Sisters are hosting the seminar in Limerick. “From the very beginning Don Bosco wanted to share his mission to the young with lay people. Our seminar is in that tradition,” they have explained.

The presentations will be of interest to anybody working with young people or who want more understanding of today’s youth culture.

The event takes place at Don Bosco Centre, Salesian House, Milford, Castletroy, Limerick on Wednesday, 24 June at 7pm and Thursday 25 June from 11am to 4.45pm.

A special website has been set up for the bicentenary year and an app to access bicentenary material.