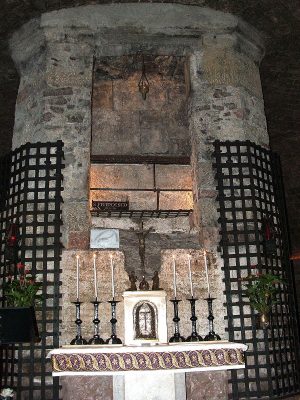 According to Vatican News, Pope Francis will visit the renowned pilgrimage and Italian town of Assisi on 3 October to sign a new encyclical. In a statement released on Saturday 5 September, the director of the Holy See Press Office, Matteo Bruni, said the encyclical is entitled Fratelli Tutti, which translates as ‘All Brothers’, and is focused on the topics of fraternity and social friendship.

The title, whose official English-language version has not yet been released, is a reference to the writings of St Francis of Assisi: “Let us all, brothers, consider the Good Shepherd who to save His sheep bore the suffering of the Cross” (Admonitions, 6, 1: FF155).

The Holy Father will arrive in Assisi in the afternoon where he will celebrate Holy Mass at the Tomb of St Francis, after which he will sign the encyclical. The visit will take place in private, without the participation of the faithful, in respect of the current health situation.

In a statement, the Bishop of Assisi, Domenico Sorrentino, said the town awaits the pope’s visit with “emotion and gratitude”. He added, “While the world is suffering a pandemic that makes so many people’s lives difficult, and makes us feel for brothers in pain, we cannot but feel the need to become above all brothers in love. This gesture of Pope Francis gives us new courage and strength to ‘restart’ in the name of the fraternity that unites us all.”

The title of the pope’s new encyclical recalls a central theme of his magisterium. On the occasion of his election to the papacy on 13 March 2013, Pope Francis first greeted the world with the word “brothers”. His signing of the Document on Human Fraternity in Abu Dhabi in 2019 is another example of Pope Francis’ focus on promoting brotherly love.

Fratelli Tutti will be Pope Francis’ third encyclical. His first, Lumen Fidei (‘The Light of Faith’) was published in June 2013, and was the first encyclical in history to be written by two popes, as it had been substantially drafted by Pope Benedict XVI prior to his resignation.

Pope Francis’ second encyclical was Laudato Si’ (‘On Care of our Common Home’). It was published in June 2015, and has been influential in ongoing discussions around climate change and the environment. Its title also came from the words of St Francis of Assisi.