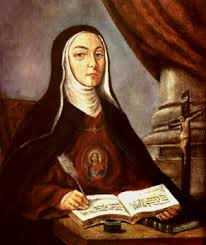 Sr Gabrielle, Superior of the  Redemptoristine Nuns, Drumcondra, broke what she called the “wonderful news” to the community on Tuesday that Pope Francis had recognised their Italian founder Sister Maria Celeste Crostarosa.

The Pope approved eight decrees in total of which four were founders of religious orders or associations for having lived the Christian virtues in a heroic way and declaring them “venerable.”  Recognition of a miracle attributed to each candidate’s intercession is needed for that person’s beatification.

Italian Sister Maria Celeste Crostarosa was the 18th-century founder of the monastic Order of the Most Holy Redeemer also known as the Redemptoristine Nuns. At the age of 20 she entered a convent near Naples and during her spiritual journey she had many mystical experiences and shared friendships with St Alphonsus and St Gerard Majella. Her spirituality involved obedience to conscience, searching for meaning in the gospels and a simple life based on prayer. But Sr Celeste also knew the needs of her time and emphasised the importance of being co-responsible with Christ in giving people real hope and genuine human dignity, especially to those who feel oppressed. She emphasised the need to make Christ present in the world.   The Redemptoristines, known by their red habit today, are spread throughout Europe, the USA, Canada, Africa, Asia and Australia.

In Dublin the contemplative Redemptoristines have had a number of vocations in recent months and years. The most recent was on 15th May when Johanna received the Redemptoristine habit and white veil and began her two years in the Noviciate.