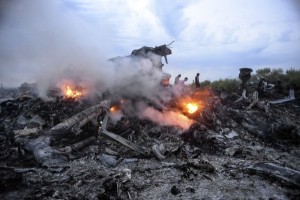 Pope Francis has pledged his prayers for the victims of Malaysia Airlines flight MH17.

In a statement, the Vatican said the Pontiff had learnt “with dismay” of the tragedy of the Malaysian Airlines aircraft downed in east Ukraine.

The statement said the Pope would pray for the numerous victims of the incident and for their relatives.

He also renewed his “heartfelt appeal to all parties in the conflict to seek peace and solutions through dialogue, in order to avoid further loss of innocent human lives.”

Separately, the Minister for Foreign Affairs and Trade, Charlie Flanagan, has said he was “shocked and deeply saddened to hear of the crash of flight MH17, and the sudden loss of almost three hundred innocent lives.

He said his thoughts were with the families of all those around the globe who lost their lives in this tragic incident.

In his statement, the Minister for Foreign Affairs said, “Sadly, we have learned that one Irish-born citizen was on board the flight to Kuala Lumpur.”

“On behalf of the Government and people of Ireland, I would like to convey deepest sympathies to her family, both in Ireland and in Australia, who have suffered this sudden and devastating loss.”

“I spoke to her family earlier today to convey my sincere condolences. I assured them that my Department is available to provide any assistance they may require over the coming days and months.”

The victim has been named as Edel Mahady, who was originally from Dublin but was living in Australia. She frequently visited her family in Ireland and was in fact en route from Ireland back to Australia where her husband and children live.

Minister Flanagan said Ireland fully supports calls for a full, independent, international investigation to establish the cause of “this grave tragedy and to ensure that those responsible are swiftly brought to justice.”

“I encourage all the authorities involved – and the parties to the conflict in Ukraine – to work together, to ensure that the hundreds of families who have been bereaved can get the answers they need.”

“The scale of this tragedy is overwhelming, particularly for the people of the Netherlands who lost more than 180 citizens. To their families, and to all those affected around the globe, we offer our heartfelt sympathies.

“We are continuing to monitor the situation closely through our embassies in Prague and The Hague.”