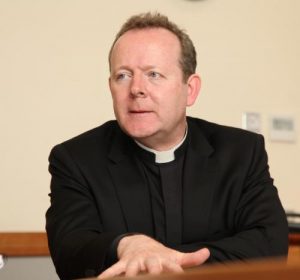 In a press conference yesterday following the Irish bishops’ ad limina meeting with Pope Frances, Archbishop Eamon Martin spoke of an informal and relaxed meeting with the Pope, who did not greet the bishops with a prepared text, but instead listened to them.

“He said at the beginning, ‘I’ll throw in the ball and let’s see what happens’,” said the Primate of all Ireland, “and so it turned out to be a conversation about the Church in Ireland, about the struggles and challenges we’re having, but also about the importance of a ministry of presence, where we’re listening to the hopes, struggles and fears of our people.”

Archbishop Diarmuid Martin of Dublin said that no subject was off the agenda. One theme that came up on many occasions was the position of women in the Church. “We brought it up with almost every congregation we went to, and there was a willingness to listen and a recognition that we were asking a valid question, because the Irish episcopal conference is quite concerned about that theme.”

The Archbishop said that the Pope “didn’t present us with an agenda of the things he wanted to talk about. The dominant thing was he was asking us and challenging us about what it means to be a bishop in Ireland or anywhere today.”

The Pope asked practical questions like: ‘how do we begin a dialogue with young people?’ and advised the bishops not to be ideological. “We should meet with people the way they are.” He described the bishop as a goalkeeper, said Dr Diarmuid Martin, “the shots keep coming from everywhere. You stand there and be ready there.”

Archbishop Eamon Martin said that the Pope had been “very moved whenever we began to speak about the awful and traumatic stories of [abuse] survivors”.

The Bishop of Limerick, Brendan Leahy, said he felt the Pope wanted to give the Irish bishops the conviction that “as a Church community, we want to create a family and I came away with that very strong message”.

During the meeting with the Pope, Archbishop Eamonn Walsh addressed the Holy Father. Despite the economic turmoil, the Irish people remained generous in the works of mercy towards the “poorest and most defenceless” and continued to promote the “dignity of the life of the unborn, as well as that of the elderly and sick,” he said. So much had changed for Church and society in Ireland in the last ten years, a time when the Church had been making “determined efforts to safeguard children and vulnerable persons from abuse”. This remained a priority.

The Archbishop of Armagh said the Pope would receive a “hundred thousand welcomes” when he came to Ireland for the World Meeting of Families, and with the current “political uncertainty” over Brexit and the collapse of Stormont, he asked for the Pope’s prayers – “because we need everyone to build bridges of friendship and reconciliation, rather than put up barriers of division and recrimination”.

The bishops’ two-hour meeting with Pope Francis came on the day that the Report into Historical Institutional Abuse in Northern Ireland was published. The inquiry had looked into allegations of abuse at 22 children’s homes across Northern Ireland and established there was ‘widespread abuse’ at such institutions between 1922 and 1995. These were facilities run by the state, local authorities, the Catholic Church, the Church of Ireland and the children’s charity Barnardos. The largest number of complaints related to four Catholic-run homes. Among the stories highlighted were those relating to the notorious paedophile priest, Fr Brendan Smyth. 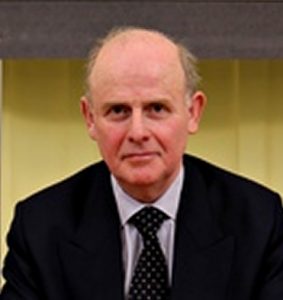 In his report the enquiry chairman Sir Anthony Hart recommended:

In a statement afterwards, Archbishop Eamon Martin welcomed and accepted the findings of the inquiry. “I apologise unreservedly to all those who suffered from their experience in Church-run institutions, and to their loved ones. They have given details for all to see of emotional, physical and sexual abuse. Their story is one of anxiety, isolation and pain.

“I know well that my words are inadequate in attempting to address the enormity of the harshness and brutality which many innocent children experienced,” he continued. “There is never an excuse for the abuse and ill treatment of children or any vulnerable person, in any setting. When the perpetrator is a priest or religious, it is also an appalling betrayal of a sacred trust. I am ashamed and I am truly sorry that such abuse occurred, and that in many cases children and young people felt deprived of love and were left with a deep and lasting suffering.”