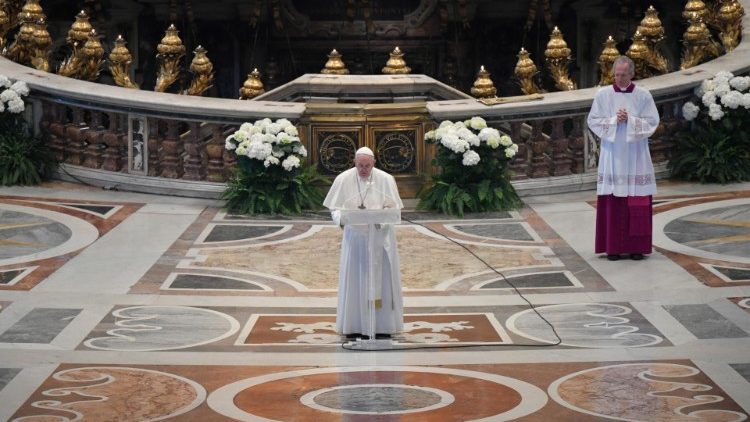 Pope Francis has called on politicians to work for the common good as Europe and the world are faced with “epochal challenges” and oppressed by a pandemic.

In his Urbi et Orbi message on Easter Sunday, Pope Francis said that, as many people are losing jobs and livelihoods because of COVID-19, world leaders must provide resources so they can lead a dignified life and, when the time comes, resume normal daily activities.

“This is not a time for indifference, because the whole world is suffering and needs to be united in facing the pandemic,” said Pope Francis.

He prayed that the most vulnerable people, living in the cities and peripheries of every part of the world, not be abandoned. He emphasised the need to ensure that they have basic necessities that are currently often hard to find, as many businesses have closed.

“In the light of the present circumstances, may international sanctions be relaxed, since these make it difficult for countries on which they have been imposed to provide adequate support to their citizens,” he said. He also called for a reduction of the burden of debt, if not debt forgiveness, so nations can meet the greatest needs at the moment.

The Pope also called on Europe to act with the same solidarity that saw it rise again after the Second World War. This was thanks to a concrete spirit of solidarity that enabled it to overcome the rivalries of the past.

“The European Union is [currently] facing an epochal challenge, on which will depend not only its future but that of the whole world. Let us not lose the opportunity to give further proof of solidarity, also by turning to innovative solutions. The only alternative is the selfishness of particular interests and the temptation of a return to the past, at the risk of severely damaging the peaceful coexistence and development of future generations,” he said.

Pope Francis also reiterated the appeal for an immediate global ceasefire in all corners of the world.

“This is not a time for continuing to manufacture and deal in arms, spending vast amounts of money that ought to be used to care for others and save lives. Rather, may this be a time for finally ending the long war that has caused such great bloodshed,” he said, and listed all the conflict areas.

He added that this is not a “magic formula” that makes problems vanish, but that the resurrection of Christ is the victory of love over the root of evil, “a victory that does not ‘by-pass’ suffering and death, but passes through them, opening a path in the abyss, transforming evil into good: this is the unique hallmark of the power of God.”

This was the second month in a row for Pope Francis to give the gift of an Urbi et Orbi blessing, as he addressed an empty St Peter’s Square in March (see Cinews 27 March) at the onset of the COVID-19 health crisis. On Sunday 12 April 2020, the Urbi et Orbi address and blessing did not come from the central balcony of St Peter’s Basilica as is the norm. Instead, St Peter’s Square was empty, as were the streets of Rome. Pope Francis delivered his message from inside the Basilica, surrounded only by a handful of those closest to him. It was broadcast via live streaming and many TV stations around the world. 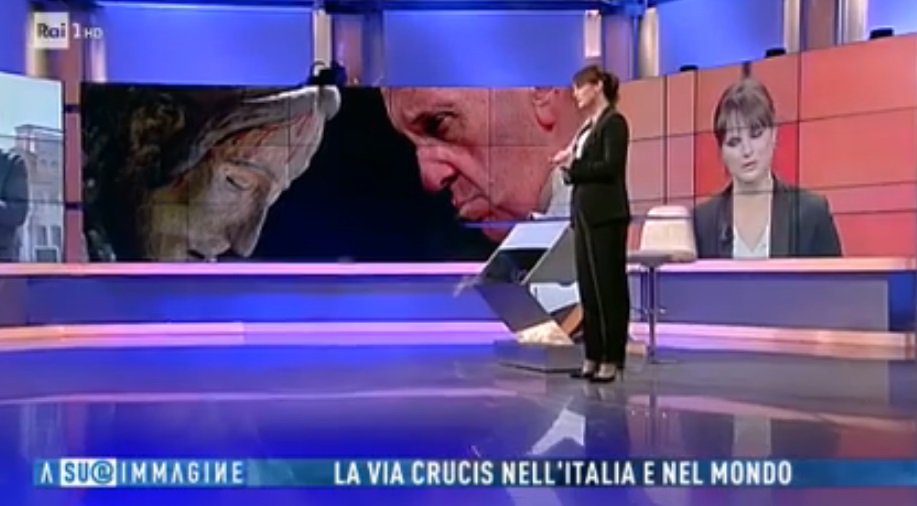 Lorena Bianchetti on a surprise call from Pope Francis

“Good evening, Lorena. How are you?” the Pope said to a very surprised host of the religious show A sua immagine (In His image).

Lorena Bianchetti recognised the voice of Pope Francis and responded: “Pope Francis! Welcome to the programme!” Pope Francis seemed surprised that she had recognised his voice and she thanked him for the call, but especially: “for how you are participating in such a paternal way in our sufferings.”

She asked him how he is living these days.

“I think of the crucified Lord and the many stories of the crucified throughout history, those of today, of this pandemic: doctors, nurses, nuns, priests, who have died on the front line, like soldiers, who have given their life out of love, resilient like Mary under their crosses, in their communities, their hospitals, caring for the sick. Also today there are men and women who die on the cross for love, and this thought comes to mind at the moment,” he said

He added that he is close to the people of God, and to those who are suffering the most, especially the victims of this pandemic, and to the sorrow of the world.