Though the special Jubilee Year of Mercy has ended, Pope Francis has stressed that the “door of mercy of our heart continues to remain wide open.”

Marking the conclusion of the special year, the Pope issued a new apostolic letter, ‘Misericordia et misera’ (‘Mercy and Misery’), a reference to the encounter between Jesus and the woman caught in adultery in chapter 8 of the Gospel of St John.

In his commentary on this, St Augustine said of the encounter, “The two of them” – Jesus and the woman – “remained alone: mercy with misery.”

In his letter, Pope Francis said the teaching of this Gospel “serves not only to throw light on the conclusion of the Extraordinary Jubilee of Mercy, but also to point out the path that we are called to follow in the future.”

The jubilee year, which was the first such year since the great jubilee of the year 2000, began on 8 December 2015, the 50th anniversary of the conclusion of the Second Vatican Council, and concluded on 20 November, the Solemnity of Christ the King.

On Sunday, Archbishop Rino Fisichella, who as president of the Pontifical Council for New Evangelisation had primary responsibility for organising events in Rome for the year, said these had drawn as many as 21.3 million pilgrims.

He estimated that nearly one billion people passed through a Holy Door somewhere in the world during the Year of Mercy.

“The average participation among the Catholic population as a whole was between 56% and 62%,” he told journalists at the weekend and explained that these statistics were based on reports from “some important dioceses around the world.”

The archbishop also called attention to the large number of pilgrims who travelled to Catholic shrines. These included 22 million to the shrine of Our Lady of Guadalupe in Mexico and 3 million in Krakow.

In his apostolic letter, Pope Francis called on the faithful to continue to practise new works of mercy, and to find new ways to give expression to the traditional works.

The corporal and spiritual works of mercy, he said, “continue in our own day to be proof of mercy’s immense positive influence as a social value.”

He also stressed that the Church must continue to be vigilant and offer solidarity in the face of attacks on human dignity. 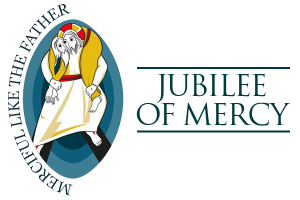 He suggested a number of ideas to continue the celebration of mercy, including an annual day dedicated to making the Scriptures better known and more widely diffused.

He called on the faithful to restore the Sacrament of Reconciliation to a “central place in Christian life.”

Pope Francis also extended a number of initiatives already begun in the Holy Year, asking the Missionaries of Mercy to continue their ministry, and extending indefinitely the faculties of priests of the Society of St Pius X to hear confessions and grant absolution.

He extended the faculties of all priests to absolve the sin of procured abortion.

“I want to insist as firmly as I can that abortion is a grave sin,” he said, “because it puts an end to an innocent life.”

But, he continued, “I can and I must state that there is no sin that God’s mercy cannot reach and wipe away when it finds a repentant heart seeking to be reconciled with the Father.”

As a final initiative for the future, Pope Francis asked the whole Church to celebrate, on the second to last Sunday of the liturgical year, the World Day of the Poor.

This day, he said, “will also represent a genuine form of new evangelization (cf. Mt 11:5) which can renew the face of the Church as she perseveres in her perennial activity of pastoral conversion and witness to mercy.”

On Sunday, in his homily to mark the Feast of Christ the King at St Patrick’s Cathedral in Armagh, Archbishop Eamon Martin said that over the course of the Extraordinary Jubilee Year of Mercy thousands of people have visited cathedrals and other designated churches around Ireland to pass through the Holy Doors of Mercy.

On the last day of the Jubilee Year, the Primate of All Ireland thanked God “for all the graces we have received during the Year of Mercy and for the millions of people throughout the world who have felt drawn back to God during this sacred time”.

He said that across Ireland, in parishes, schools, religious communities and places of pilgrimage, hundreds of special gatherings and events have taken place to mark the Jubilee Year and to emphasise its key message – that the name of God is mercy; that God’s mercy is available to all, and we are, in turn, called to be merciful as our Heavenly Father is merciful.

The Archbishop of Armagh said he prayed that the graces of this special year would continue to work in the Church and that people would feel more and more welcome in their Church.

“The door to God’s mercy never closes. There is always a second chance to turn back, to say sorry, to ask forgiveness and to make amends,” Dr Martin said.

“The world cries out for mercy – one has only to look at the news any evening to see people caught in the trap of poverty, violence, war, greed, exploitation, hate or indifference to their suffering.”

Closer to home, he said that here in Ireland “too many families and individuals struggle to cope with economic pressures, tensions in relationships, addictions and domestic violence. There is such a need for the message of mercy to reach them, but how can it, unless we, the followers of Jesus reflect the gentle loving and merciful gaze of his face wherever we go?”

The archbishop said that through the canonisation of Mother Teresa the Church offered a modern day “model of holiness” or “icon of mercy” – “someone we can look to as an example and an encouragement for ourselves to ‘do mercy’ to ‘be mercy’, especially for those who are most rejected or forgotten in our world”.

He noted that St Teresa of Kolkata was inspired to “do something beautiful for God”. She once made a vow never to refuse God anything that God wanted of her. She simply wanted to be “like a little pencil in God’s hands” and allow God to “write mercy” into the world through her.

She was able to “see the face of Jesus” in those to whom she brought God’s love and mercy – in the poorest of the poor, those with AIDS, those with terrible disfigurements and disease, those abandoned and dying on the streets from malnutrition.

Archbishop Martin encouraged the faithful, as he did at the beginning of the Jubilee Year, to say often and everywhere the ‘Jesus prayer’, which is “Jesus, Son of the Living God, have mercy on me, a sinner”.

“If we recite the prayer over and over again then every moment of every day, every thought, word and action in our lives can be touched by God’s mercy. Our homes, parishes and communities might begin to become more an ‘oasis of mercy’ for ourselves and others. And when this happens, we know that the Jubilee Year has made a difference,” he said.