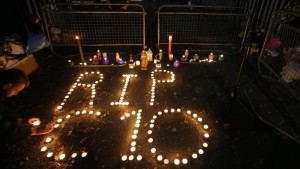 A message from Pope Francis was read at the end of the funeral Mass for Jimmy Lynch, Willie Lynch and Tara Gilbert and their daughters Jodie and Kelsey at the Church of the Holy Redeemer, Bray, Co Wicklow.

Bishop Eamonn Walsh read the message which stated that the Pontiff “having learned of the horrific fire in Carrickmines, expresses his deep sadness over this terrible tragedy”.

“The Holy Father prays especially for those who have died, and he wishes to assure all their family members, their friends, and the whole Traveller community, of his spiritual closeness and sympathy at this very difficult time.”

Bishop Walsh was representing the Archbishop Diarmuid Martin of Dublin who is attending the Synod of Bishops in Rome.

The Mass was celebrated by Fr Derek Farrell, parish priest of the Parish of the Travelling People and burials took place afterwards in Springfield cemetery.

In his homily, Fr Farrell told the bereaved families “There are no words. No words to take away the pain. No words to restore what has been lost.”

“May the promise and hope of the Resurrection comfort you, may our coming together fortify and strengthen you,” the priest told the assembled mourners.

This evening, the removal of the remains of Thomas Connors, Sylvia Connors and their children Jim, Christy and Mary will take place at the Church of the Ascension of the Lord in Balally, Co Dublin. Mgr Dermot Lane, parish priest of Balally will receive the remains.

Requiem Mass will be celebrated at 11.30am on Thursday morning and Bishop Ray Field will represent Archbishop Martin.

Following Mass, removals will then take place to the Church of the Assumption, Bride Street in Wexford.

Separately, a Limerick City based parish priest has called on local authorities to be more proactive in their dealings with members of the Travelling community. 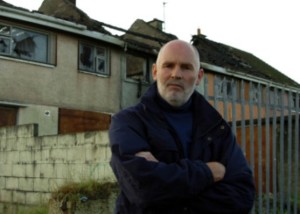 Southill parish priest, Fr Pat Hogan, made his comments as talks continue to resolve a standoff in Carrickmines over the rehousing of 15 members of the family left homeless following the country’s worst fire in recent memory.

The tragedy, which claimed the lives of ten people, has put a focus on halting sites, such as Clonlong in Southill, which are overcrowded and substandard.

Fr Hogan criticised several statutory agencies for not acting on a damning report, which was published into conditions at Clonlong in Co Limerick four years ago.

He said residents of the halting site came to him during the winter of 2009/2010 when temperatures dropped as low as minus 18.

“They couldn’t stick it, the gas was frozen, the water was frozen, the clothes were frozen because the washing machines are on the outside – ordinary people would not live in such conditions,” he told Newstalk Radio.

While a number of new mobile homes were brought into the halting site last year, Fr Hogan said Limerick City and County Council needs to do more to work with members of the travelling community.

“I think the biggest thing that you need is to get in with the community, the Travelling community and get to know them and maybe the council needs to liaise with people to be in there and to know the people that you can work with and keep finding out the people you can work with and identify sites and places where they can be put and maybe put them in smaller groups and listen to what they want themselves,” he said.

Fr Hogan said he did not see the current impasse in Carrickmines being solved quickly.

“That could have been avoided if the problem was being dealt with on an ongoing basis but now because there is a tragedy, people lock horns,” he said adding that members of the Travelling community do not want to cause trouble wherever they are housed.

“I also hear them saying that they are embarrassed by what some of the Travellers do when it comes to anti-social behaviour or criminal activity as we would be embarrassed by anyone in my community doing it,” he added.

“They want to get away from that, they don’t want to be on these big sites locked in and they want to protect their children from all this.”