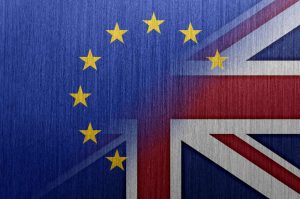 Pope Francis has said guaranteeing the “good of the people of the United Kingdom and the good and coexistence of the whole European continent” is the responsibility of everyone.

Speaking to journalists on Friday aboard the papal plane en route to Armenia, the Pope said the referendum result backing Brexit must be respected because it was “the will expressed by the people”.

The head of the Catholic Church in England and Wales, Cardinal Vincent Nichols, said in a statement the UK was setting “out on a new course that will be demanding on all”.

“A great tradition of the United Kingdom is to respect the will of the people, expressed at the ballot box.”

The President of the Bishops’ Conference of England and Wales stated that the bishops prayer is that “all will work in this task with respect and civility, despite deep differences of opinion. We pray that in this process the most vulnerable will be supported and protected, especially those who are easy targets for unscrupulous employees and human traffickers.”

“We pray that our nations will build on our finest traditions of generosity, of welcome for the stranger and shelter for the needy.”

He concluded by stressing, “We now must work hard to show ourselves to be good neighbours and resolute contributors in joint international efforts to tackle the critical problems our world today.”

The only religious leader in Ireland to respond to the vote on Friday was Archbishop Michael Jackson, the Primate of the Southern Province of the Church of Ireland.

In his statement, Dr Jackson said “At this time of considerable uncertainty for the people of Ireland following the outcome of the referendum on continuing EU membership in the United Kingdom, our hopes and prayers are for stability and clarity in finding the best path forward.”

“Many people in Ireland fear the impact that this momentous decision will have on their lives in ways that are still incalculable and unknown.”

“We pray for wisdom and foresight on the part of those who lead us politically, socially and economically and for those who will negotiate on our behalf on how best to express and fulfil our role in Ireland within the European Union.”

The Archbishop of Canterbury, Archbishop Justin Welby and Archbishop John Sentamu of York issued this joint statement on the vote to leave the European Union.

They said the outcome of this referendum had been determined by the people of this country.

“It is now the responsibility of the Government, with the support of Parliament, to take full account of the outcome of the referendum, and, in the light of this, decide upon the next steps.”

The two Anglican leaders added that the vote to withdraw from the European Union means that “now we must all reimagine both what it means to be the United Kingdom in an interdependent world and what values and virtues should shape and guide our relationships with others”.

“As citizens of the United Kingdom, whatever our views during the referendum campaign, we must now unite in a common task to build a generous and forward looking country, contributing to human flourishing around the world.”

“We must remain hospitable and compassionate, builders of bridges and not barriers. Many of those living among us and alongside us as neighbours, friends and work colleagues come from overseas and some will feel a deep sense of insecurity.”

“We must respond by offering reassurance, by cherishing our wonderfully diverse society, and by affirming the unique contribution of each and every one.”

They also acknowledged that “The referendum campaign has been vigorous and at times has caused hurt to those on one side or the other.”

“We must therefore act with humility and courage – being true to the principles that make the very best of our nation.”

“Unity, hope and generosity will enable us to overcome the period of transition that will now happen, and to emerge confident and successful. The opportunities and challenges that face us as a nation and as global citizens are too significant for us to settle for less.”

“As those who hope and trust in the living God, let us pray for all our leaders, especially for Prime Minister David Cameron in his remaining months in office.”

“We also pray for leaders across Europe, and around the world, as they face this dramatic change. Let us pray especially that we may go forward to build a good United Kingdom that, though relating to the rest of Europe in a new way will play its part amongst the nations in the pursuit of the common good throughout the world.”