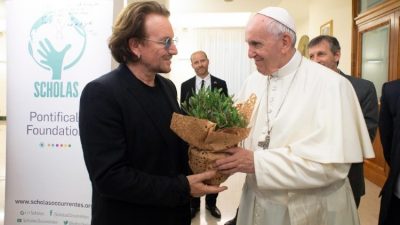 Pope Francis celebrated the 50th anniversary of his ordination to the priesthood with a remarkable gift: a new world headquarters for Scholas Occurrentes, the educational charity he founded in 2001, the year he was made a cardinal by St Pope John Paul II.

Eighteen years ago in Buenos Aires, the charity was known as Escuela de Vecinos, or ‘the school of neighbours’; its aim was to “encourage social integration ‎and a culture of encounter among high-school students through sports, arts, and technology” and it succeeded in bringing together students from state schools and private schools, students of different faith backgrounds, and the able and the disabled.

Shortly after Cardinal Jorge Bergoglio became pope in 2013, Escuela de Vecinos became a pontifical foundation, now known as Scholas Occurrentes and operating within the Pontifical Academy of Sciences. The organisation’s Italian title can be translated as ‘School Meetings’. It has a partnership with UNICEF and with World ORT, an international educational charity founded on Jewish values and ethos.

Several celebrities have also endorsed Scholas, among them veteran rockers Bono and Bonnie Tyler. Bono met with Pope Francis in September last year and said afterwards that he was impressed by Scholas’ innovative projects and its efforts to create “an educational revolution”. Bonnie Tyler, who performed in the Vatican’s annual pre-Christmas concert, urged the faithful to support the work of  Scholas financially. 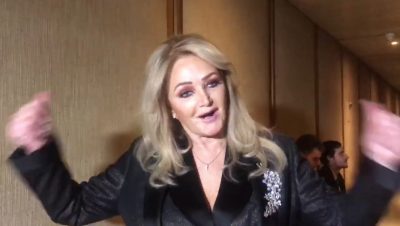 In addition to the Vatican offices, Scholas has physical offices in 13 other locations: Argentina, Colombia, Spain, Haiti, Italy, Mexico, Mozambique, Panama, Paraguay, Portugal, Romania, Japan and Los Angeles.  The Japan and LA offices both opened in the last two months.

Pope Francis inaugurated the new Rome headquarters on Friday with a ceremonial opening of the organisation’s office doors.

Naturally, the pope was keen to promote Scholas’ vision of integral education, which involves use of “the head, the hands and the heart”.