Pope calls student by telephone in response to letter 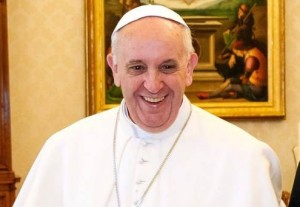 Nineteen-year-old engineering student Stefano Cabizza received the surprise of his life when he received a call from Pope Francis the day after he had delivered a letter to the pontiff.

The Padua University student said he remained speechless for several seconds after Pope Francis introduced himself on the phone.

The day before the telephone call he had sent a letter addressed to the pontiff at Castel Gandolfo, the traditional papal summer residence, via a cardinal.

The young man said he couldn’t believe his luck, adding that the two of them laughed and joked for some eight minutes during the telephone conversation.

He said the pontiff called him at 17:00 local time after a previous attempt to contact him earlier in the day was unsuccessful.

When he answered his phone, he heard the words, “I am Pope Francis. Let’s call each other by our first names.” The Pope told him this was the way Jesus and the Apostles referred to each other. “They were friends as we are friends now, and I am on first-name basis with my friends,” the Pope told Cabizza according to Il Gazzetino.

“He asked me to pray for St Stephen and for him. He then blessed me and I felt a great strength growing in me,” Cabizza said. He added that he considered it to be the best day of his life.

It is not the first time the Pope has called someone personally. He has been known to take it upon himself to make unexpected calls as well as to contact switchboards directly when trying to contact someone he has no direct number for.