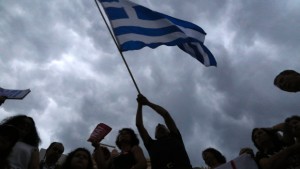 Pope Francis has expressed concern over the impact the Greek debt crisis is having on the people of Greece saying the social and economic situation is “worrying”.

Calling for prayers for the people of Greece during his audience with pilgrims in St Peter’s Square on Wednesday, the Pontiff expressed his closeness to those who are suffering the effects of the current crisis.

Vatican spokesman, Fr Frederico Lombardi, later said the Pope had conveyed “his closeness to all the Greek people, with a special thought for the many families gravely beset by such a complex and keenly felt human and social crisis”.

Fr Lombardi said the Pope emphasised that the “dignity of the human person must remain at the centre of any political and technical debate, as well as in the taking of responsible decisions”.

Athens is facing a possible financial meltdown and exit from the Eurozone after missing a debt repayment deadline on Tuesday.