Home > Featured > Pope calls for prayers for his brother priests

Pope calls for prayers for his brother priests 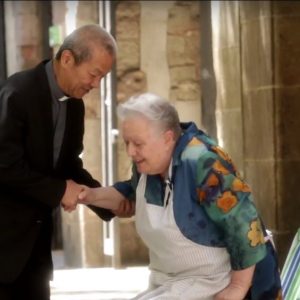 This month, July 2018, the Pope’s intention is for his brother priests, especially those who experience fatigue and loneliness in their pastoral work.

The Pope Video, which accompanies the Pope’s intention, begins with His Holiness asking a rhetorical question: “The tiredness of priests … Do you know how often I think about it?”

Sadly, many priests complain of having to endure loneliness as part of their ordained life, which for Catholic clergymen means being celibate and without the comfort of a wife.

In Ireland, the burdens of having to manage and care for a parish and its parishioners are increasingly heavy, as our population of priests ages and becomes smaller in number.

But the problem of overwork isn’t confined to this country. Worldwide last year there were 415,656 priests serving 1.2 billion Catholics; that is 1 priest for every 2,887 members of the faithful, which doesn’t take into account the role of priests in reaching out and evangelising the unbaptised!

The video interpretation shows priests ministering in a disaster area, with one scene showing a priest consecrating the rubble of collapsed buildings below which, presumably, lie the bodies of people buried alive. In another scene a priest is celebrating Mass in a crowded room and another scene features footage of a priest helping with an agricultural project.

“Priests, with their virtues and defects, work in many different areas. Working on so many active fronts, they cannot remain inactive after a disappointment. At such times, it’s good for them to remember that the people love their priests, need them, and trust in them.”

The video then shows a priest helping an elderly lady, who provides him with a single white rose as a gift. This priest then proceeds to his parish church, where he places the rose in a vase on the main altar before meditating quietly to himself. While he is deep in thought, members of his congregation join him, embrace him and express their affection for him. The priest turns to look at the altar again and sees that instead of a single flower, the vase on the altar is filled with a multi-coloured bouquet. 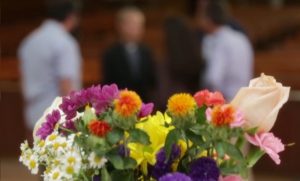 Pope Francis concludes his prayerful intention with the call: “Let us pray together that priests, who experience fatigue and loneliness in their pastoral work, may find help and comfort in their intimacy with the Lord and in their friendship with their brother priests.”

This month’s Pope Video, featuring the Pope’s intention for July, can be viewed here:   https://www.catholicireland.net/the-pope-video-july-2018/ or at https://www.thepopevideo.org/