Pope calls for dialogue to resolve crisis in Ukraine 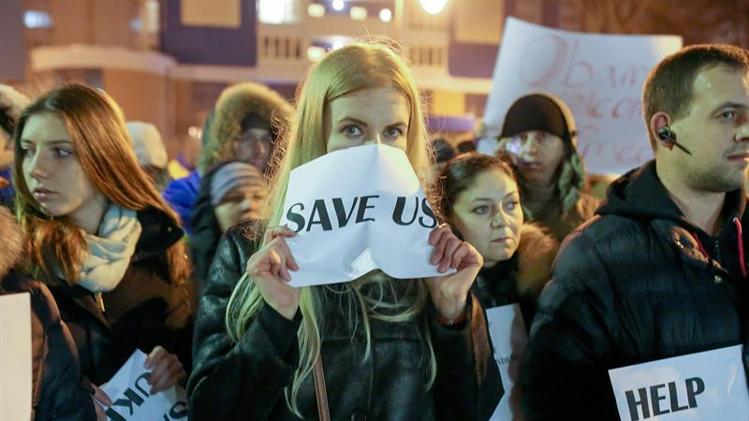 Pope Francis has urged the world’s political leaders to use dialogue to resolve the crisis in Ukraine.

Speaking to thousands of pilgrims gathered in St Peter’s Square for Sunday’s Angelus, the Pope made a “heartfelt appeal to the international community: support every initiative for dialogue and harmony.”

He said the people of Ukraine were living through a delicate situation, and he urged all parts of the country to work together to overcome their misunderstandings and build a future together.

Russian forces have seized control of Ukraine’s Crimean Peninsula and concern is mounting that the standoff between Ukraine and Russia could lead to further bloodshed.

Referring to Sunday’s liturgy, the Pope underlined the need to trust in the Divine Providence of God and he stressed that Christians should help their brothers and sisters who are in need.

“Looking at society today where people live in precarious conditions such as poverty and the difficulties faced by many as a result of the economic crisis that offends their dignity,” the Pope said that in times like these the words of Jesus may seem abstract.

But in reality, he underlined, these words are more present than ever because they remind us that we cannot serve two masters: God and wealth.

As long as everyone tries to accumulate for themselves. Pope Francis added, there will never be justice.

The Pontiff continued, “A heart occupied by his own desire is an empty one because Jesus has repeatedly warned the rich, a heart possessed by riches leaves little room for faith.”

Following the recitation of the Angelus prayer the Pope described Lent as a journey of conversion, to combat evil with the weapons of prayer, fasting and mercy.

Pope Francis stressed that humanity needs justice, reconciliation, and peace, and it will only have them by turning to God.