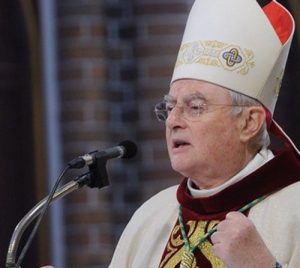 Pope Francis has named a Polish archbishop to be a special envoy to Medjugorje, with the role of studying the pastoral situation at the site of the alleged apparitions of Our Lady.

Archbishop Henryk Hoser of Warsaw-Praga, Poland will have until the summer of this year to complete his mandate. His mission is to acquire “a deeper knowledge of the pastoral situation there and, above all, of the needs of the faithful who go there in pilgrimage, and on the basis of this, to suggest possible pastoral initiatives for the future,” said a statement from the Vatican earlier this week.

The Holy See is still studying the apparitions in Medjugorje and so far has made no pronouncement on them. Under Pope Benedict, a retired Italian, Cardinal Camillo Ruini, chaired the group studying Medjugorje. His report went to Pope Francis in 2015 and is now the subject of study by the Congregation for the Doctrine of the Faith.

According to Fr Ruairi O’Domhnaill, Vocations Director for the diocese of Kildare and Leighlin, the Church cannot make a pronouncement while the apparitions are allegedly still occurring. “Medjugorje is ongoing and the Church can’t make a statement on it until it finishes because messages are still being given. It is like asking the Church to give an imprimatur on a book that is only half written,” he told CatholicIreland. “The important thing,” he added, “is that the Church hasn’t condemned it.”

Fr O’Domhnaill first went to the shrine when he was 16 years old. “It had a huge effect on my life.” He attributes his priestly vocation to graces received there and has visited Medjugorje almost every year for over 30 years. 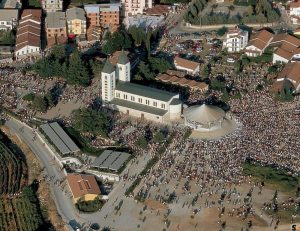 The popular Marian shrine has attracted an estimated 40 million pilgrims since Our Lady allegedly began to appear to six local children in 1981. The apparitions have continued to the present day, and three of the visionaries, Marija, Vicka and Ivan, still receive messages from Our Lady every day.

Fr O’Domhnaill says each Marian shrine has a charism; for example, the gift of Lourdes is healing. “The charism of Medjugorje is prayer. One of the objections that people raise to Medjugorje is the number of messages. I think that has to do with the charism and the messages have continued in Medjugorje because Our Lady is teaching us how to pray and bringing us along that road of prayer, acting as ‘Anam Chara’.”

Because the apparitions have not been approved, dioceses do not organise official pilgrimages to the town in Herzegovina, but Catholics are free to go and pray there, and they do so in their millions. Currently the diocese of Mostar-Duvno and Franciscans in the town look after the pastoral care of pilgrims.

According to Fr O’Domhnaill, Medjugorje has a huge pastoral outreach on many levels. For example, two houses for former drug addicts have been established. There is also a home for children without parents or whose parents can’t look after them and a shelter for women who have experienced domestic violence. “The outreach to people who are struggling for various reasons, as part of the parish of Medjugorje, is quite extraordinary.”