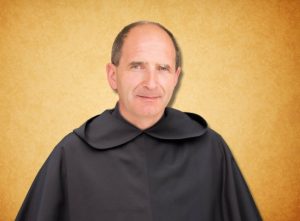 Pope Francis on Saturday announced the appointment of Irish Carmelite priest, Fr Paul Horan OCarm, as the new bishop of the diocese of Mutare in Zimbabwe.

Fr Horan was born in Drangan in 1962. Following his profession in the Order in September 1990, he was ordained a priest in June 1997.

In recent years, he has worked as the prior of the pre-novitiate house in Nyazure, Rusape in Zimbabwe.

He holds a Master of Arts in spiritual theology from the Catholic University of America in Washington, DC.

He transferred to Zimbabwe as a missionary in 2001, where he has served in a number of roles including director of postulants and subsequently director of novices of the Carmelite Fathers in Rusape, Mutare.

He is currently director of the Kriste Mambo Catholic school in Rusape.

He succeeds Bishop Alexio Churu Muchabaiwa, whose resignation from the pastoral care of the same diocese upon reaching the age limit was accepted by the Holy Father.