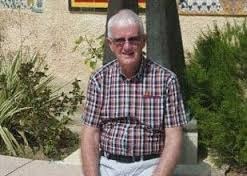 Pope Francis has appointed Rev Professor John A. Ryan of St Patrick’s Missionary Society as the new Bishop of Mzuzu in Malawi.

The Co Tipperary member of the Kiltegan order has spent almost forty years in Malawi and is head of the Mathematics Department, in the University of Mzuzu, where he specialises in coding theory.

He succeeds Bishop Joseph Makasa Zuza, the president of the Catholic Bishops Conference of Malawi, who was killed in a road accident in January 2015.

Announcing the news, St Patrick’s Missionary Society said it wished Bishop-elect John “our prayerful good wishes as he becomes the new shepherd of the diocese of Mzuzu”.

Bishop-elect John Alphonsus Ryan was born in Holycross in Co Tipperary in 1952. He was ordained a priest in June 1978.

Since his ordination he has served in the following academic and pastoral roles from 1978 to 2005: St Paul’s parish in Mzimba (Mzuzu); St Stephen’s in Kapuro (Mzuzu); St Mathias’ parish in Misuku (Mzuzu); head teacher at the Community Day Secondary School in Misuku (Mzuzu); as head of the minor seminary of St Patrick in Rumphi (Mzuzu) and he also spent time teaching maths in Ireland.

From 2000, he served as chaplain to the Holy Rosary Sisters in Katete; and between 2005 and 2011 he ministered as a chaplain at the University of Mzuzu where he also worked as professor of mathematics; he also served as assistant chaplain of St Augustine parish and its outstations and as a member of the college of consultors. 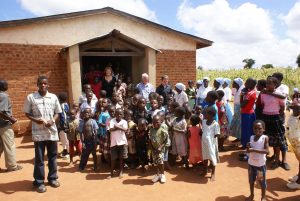 Responding to the news, Fr Vincent Mwakhawa, National Director of the Pontifical Mission Societies said the appointment was “Another great contribution from the Irish faith to Malawi.”

He added, “Apart from the many missionaries who have given us priestly formation in seminaries and a lot financial and spiritual  support, Fr John Ryan, Bishop-elect of Mzuzu is another gift of faith to Malawi from Ireland.”

“As a country, we have every reason to be grateful to God for the gift of the Irish Catholic faith. Thanks to the Irish people.”

Sally McEllistrim of World Missions Ireland, who work closely with the St Patrick’s Missionary Society in Malwai commented to CatholicIreland.net, “We are delighted with this development. The Irish people are steadfast and loyal supporters of our missionary projects, none more so than in Malawi and it is a testament to their ongoing spiritual and financial support that the faith is so strong in that country and indeed continues to grow.”

The Prefecture Apostolic of Northern Malawi was erected in 1947, and was elevated to the status of the Diocese of Mzuzu in 1961. It currently has a Catholic population of 400,000.

Kiltegan Fathers Alfie Byrne, Frank Morris, Padraig Ó Máille and Pat McGivern were the order’s first missionaries to go on mission to the diocese in 1970.

Upon the retirement of Bishop Jobidon, Fr John Roche was appointed Apostolic Administrator in 1987. On 3 March 1995, Joseph Mukasa Zuza was appointed bishop of the diocese and he continued in that role until his untimely death.

The diocese comprises the northern districts of Rumphi, Mzimba, Nkhata Bay and part of the central district region of Kazungu. In total the diocese has 11 parishes.