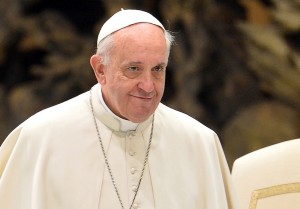 Pope Francis has apologised to the bishops of Chile for his handling of sex abuse cases there. In a frank letter to his “brothers in the episcopate” published on Wednesday, Pope Francis acknowledged that he made “serious mistakes in the assessment and perception of the situation, especially because of the lack of truthful and balanced information”.

“Right now I ask forgiveness from all those I offended and I hope to be able to do so personally, in the coming weeks, in the meetings I will have with representatives of the people who were interviewed,” he wrote.

The letter came after the Pope had heard back from his two papal envoys to Chile. Archbishop Charles Scicluna of Malta, an experienced investigator of abuse, and Fr Jordi Bertomeu Farnós spent two weeks in Chile and New York in late February interviewing the victims of Fr Fernando Karadima, who had been removed from ministry for sexually abusing minors.

Fr Karadima was a protégé of Fr Juan Barros, whom Pope Francis appointed bishop of Osorno in 2015, despite strong accusations that he, Juan Barros, had covered up the sexual abuse of children by Fr Karadima.

When Pope Francis visited Chile in January this year, although he met the victims of abuse, he incensed them further by defending Bishop Barros during a press conference when he said the accusations against the bishop amounted to “slander”.

A week later, in another press conference on the flight from Lima to Rome, the Pope apologised for the hurt he had unwittingly done to victims of abuse with his defence of Bishop Barros. “To hear that the Pope says to their face, ‘Bring me a letter with proof’, is a slap in the face,” he said. “I know that there are many abused people who cannot bring proof (or) they don’t have it.” However, he stuck to his defence of the bishop, saying he was “personally convinced” of his innocence.

In the letter to the bishops of Chile, dated 8 April, he said he had received the complete report of more than 2,300 pages. “I want to share with you the conviction that the present difficulties are also an occasion to re-establish trust in the Church, a trust broken by our errors and sins and in order to heal the wounds that do not cease to bleed in the whole of Chilean society,” he wrote.

“Now, after a careful reading of the proceedings of this ‘special mission’, I believe I can affirm that the collected testimonies speak in a stark way, without additives or sweeteners, of many crucified lives and I confess to you that that causes me pain and shame,” he continued.

Taking all of this into consideration, he asked the bishops for their assistance in discerning the “short, mid and long term measures that must be adopted to re-establish ecclesial communion in Chile, with the goal of repairing as much as possible the scandal and re-establishing justice”.

The Pope paid tribute to the two papal envoys who had interviewed 64 people. “Later on, when they delivered to me the report and, in particular, its juridical and pastoral assessment of the gathered information, they acknowledged before me of having felt overwhelmed (sic) with the pain of so many victims of grave abuses of conscience and power and, in particular, of the acts of sexual abuse committed by various consecrated men of your country against minors, those who were not taken seriously then and were even robbed of their innocence,” wrote Pope Francis.  He also praised the pastors and others who showed the envoys “the wounds of their souls”.

Meanwhile, according to CNA, Bishop Juan Barros has maintained his innocence, saying he was unaware of Fr Karadima’s abuse. Although he has submitted his resignation to Pope Francis “multiple times”, the Pope has not accepted it.