Pope Francis has spoken about the death of George Floyd in the US, stating that that people cannot turn a blind eye to racism or tolerate it while claiming to defend the sacredness of human life.

In his greetings to English speakers at the weekly General Audience (Wednesday 3 June 2020), Pope Francis addressed the people of the US. “I have witnessed with great concern the disturbing social unrest in your nation in these past days, following the tragic death of Mr George Floyd,” he said. “We cannot tolerate or turn a blind eye to racism and exclusion in any form and yet claim to defend the sacredness of every human life.”

Pope Francis reiterated the recent statement from Archbishop José Gomez of Los Angeles, president of the US Conference of Catholic Bishops (USCCB), who denounced some incidences of violence at some protests which recognised that: “the violence of recent nights is self-destructive and self-defeating. Nothing is gained by violence and so much is lost”.

Cardinal Peter Turkson, the Prefect of the Dicastery for Promoting Integral Human Development, called for justice and forgiveness when he was asked about US anti-racism protests.

“When we have situations that go radically against human dignity, that stymie it or kill it, it becomes a big source of concern. It is in this context that the President of the US Bishops’ Conference, reflecting on this situation, says that the riots in US cities reflect the justified frustration of millions of brothers and sisters who, even today, experience humiliation, indignity, unequal opportunity only because of the colour of their skin. As a Church, we would want to affirm the dignity of all humans, created in the image and likeness of God,” he said. 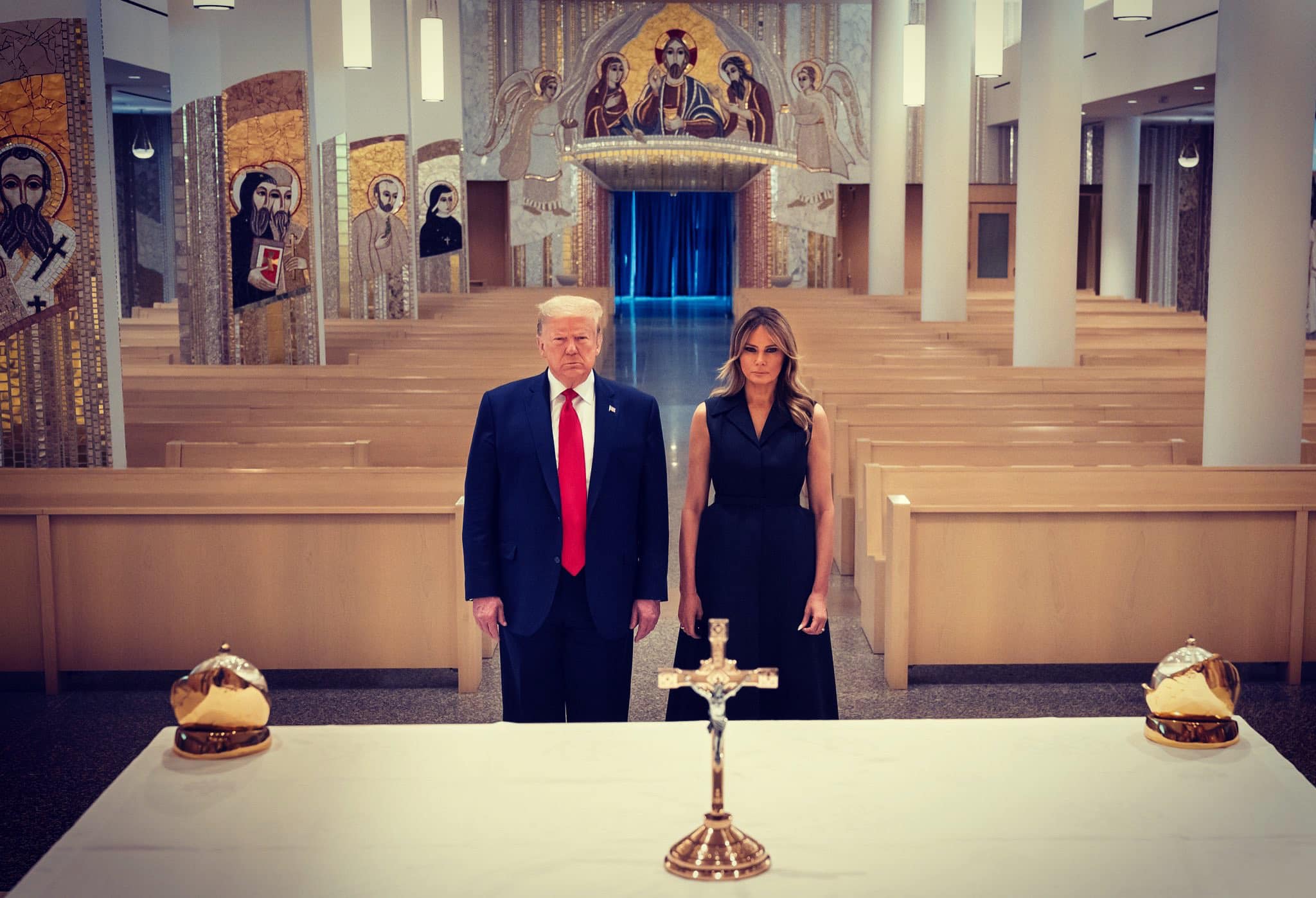 There has also been criticism of and praise for Washington Archbishop Wilton Gregory, who condemned the visit of President Trump to St John Paul II Shrine during this crisis. He said in a statement:

“I find it baffling and reprehensible that any Catholic facility would allow itself to be so egregiously misused and manipulated in a fashion that violates our religious principles, which call us to defend the rights of all people even those with whom we might disagree.”

He went on to state that Saint Pope John Paul II was an ardent defender of the rights and dignity of human beings and his legacy bears vivid witness to that truth.

“He certainly would not condone the use of tear gas and other deterrents to silence, scatter or intimidate them for a photo opportunity in front of a place of worship and peace,” he stated.

Critics of the archbishop stated that he should have been aware that the visit has been planned for some time. Catholic News Agency reported that this was the case and the visit was a scheduled part of the signing of the “international religion freedom executive order”. The document was signed after the visit rather than at the shrine.

Bishops of England and Wales have also issued a statement expressing their solidarity with people in the US. Signed by Bishop Declan Lang, Lead Bishop for International Affairs, and Bishop Paul McAleenan, Lead Bishop for Racial Justice, it states: “We stand in solidarity with our sisters and brothers in the USA as they challenge the evil of racism and the brutal killing of George Floyd.”

They added: “Systemic racism is embedded in our own society. The disproportionate harm suffered by BAME people throughout the COVID-19 pandemic has highlighted profound inequalities, marginalisation and injustice here in the UK.”

They said that the peaceful Black Lives Matter protests taking place this week reflect the understandable anger that so many people feel. “As Catholics we recognise that racism is an evil which must be opposed; we all have a responsibility for actively promoting racial justice.”

Many religious orders and communities also issued statements. Franciscans and The Franciscan Action Network (FAN) stated: “As Christians, we must stand up for racial justice by working for reform in our institutions and in our communities.”

The Sisters of the Presentation stated that all their Sisters and Brothers are joined together across the nation in mourning the death of Mr George Floyd.