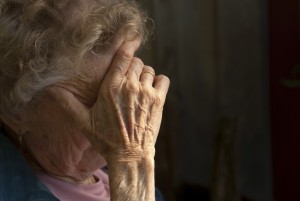 The three things people worry about most in relation to ageing, according to new research findings carried out on behalf of the charity ALONE, are poor health, not having enough money and being lonely.

According to a statement by ALONE, the survey results reveal the hopes and worries of the country’s ageing demographic.

It found that the top three things people most look forward to about growing older are less stress, taking up hobbies and time with family.

People of all ages completed the questionnaire which is aimed at discerning the real issues that
candidates need to consider when it comes to addressing the needs of our ageing demographic.

The charity has urged the public to seek commitment from electoral candidates that they will
support older people to age at home.

Sean Moynihan, CEO of ALONE, commented, “Younger people often forget that a vote for older person’s issues is a vote for their own futures.”

“Meanwhile, older people rarely put their own needs to the fore when choosing candidates, preferring to worry about their grandchildren’s education, or the young couple down the road who are struggling to get a mortgage.”

“We found the survey results incredibly interesting, and feel confident that the policies identified in ALONE’s election manifesto – ‘AGE16′ will address these issues.”

“Our respondents were most concerned about being able to maintain independence on the state pension, finding themselves isolated or lonely and the ability of the healthcare system to support them when they need it.”

ALONE also asked respondents to submit any other concerns they may have about ageing, these included the fear of being hindered from making a contribution, losing respect from society and feeling vulnerable amidst rising crime levels.

Sean Moynihan of ALONE continued, “This survey has revealed that people fear that they will find themselves voiceless and unheard as they get older. It is so important for people of all ages to ensure the needs of older people have a voice in this election, a vote of older peoples’ needs is a vote for our future.”

“We are asking the public to inform canvassers and candidates that they will consider the needs of older people a priority when making their decisions on Election Day. Prioritising the needs of our older people is something that everyone should take an interest in as inevitably we all grow older and the decisions we make now will impact us later.”

ALONE’s #AGE16 campaign for this general election is asking the government to support older persons to age at home through:
· Greater investment in services in the community
· Alternative models of housing for older people
· Securer pensions
· The Appointment of a Minister for our Ageing Demographic