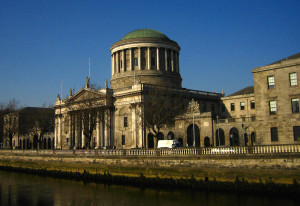 The Pro Life Campaign has hit out at the “crass and unseemly” way some people are using the tragic case of the young pregnant woman on life support to push for a repeal of the Eighth Amendment.

On Friday, the High Court ruled that doctors may end life support treatments to a pregnant woman who has been clinically dead for a number of weeks.

The Judge said there was no reasonable prospect her child would survive.

Mr Justice Nicholas Kearns held in his ruling that “To maintain and continue the present somatic support for the mother would deprive her of dignity in death.”

He said it would also subject her father, partner and her children to “unimaginable distress in a futile exercise which commenced only because of fears held by treating medical specialists of potential legal consequences.”

Judge Kearns also stated, “Highly experienced medical practitioners with the best interests of both mother and unborn child in mind do not believe there is any medical or ethically based reason for continuing with a process which Dr McKenna described as verging on the grotesque on the particular facts in this case.”

The High Court judge said the court was satisfied that in the best interest of the unborn child, it should authorise at the discretion of the medical team the withdrawal of ongoing somatic support being provided for in this tragic and unfortunate case.

It is expected that doctors in consultation with the family will move to withdraw the life support treatments.

In response to the High Court’s decision, the Pro Life Campaign said that while this is an extremely tragic case, similar situations arise in other countries as well and there has to be a means of determining the best outcome for all concerned.

Commenting on the case Dr Ruth Cullen of the Pro Life Campaign said, “Our deepest sympathies go out to the family at the centre of this tragic case.”

She said that while it is very difficult for the families concerned that cases like this sometimes end up in court, the fact is that “it is a sign of a healthy democracy that life and death issues are taken seriously and appropriately determined”.

“In countries where there is no protection for the unborn, disagreements sometimes emerge that have to be adjudicated on. There is nothing unique to Ireland about this case as some would try to suggest.”

She added, “It is crass and unseemly the way some people are using this sad case to push for repeal of the Eighth Amendment, which offers the only remaining legal protection for the unborn in Ireland.”

Earlier this week Archbishop Diarmuid Martin said on the Pat Kenny Show on Newstalk that it is a pity that these cases come before the courts to decide and said that the High Court would have to make the decision on the basis of medical evidence.

“From the point of view of Catholic teaching and general medical ethics, there’s no obligation to use extraordinary means to maintain a life,” he told the radio programme.

“That applies to both the woman and the child. The woman isn’t simply an incubator, the relation between a woman and a child is a relationship and it is very clear that one has to look at what stage is this foetus, what are the possibilities, is it even right to use extraordinary means to prolong life if,” he said.